Rolling with the Punches: The Allen Toussaint Songbook
by Various Artists 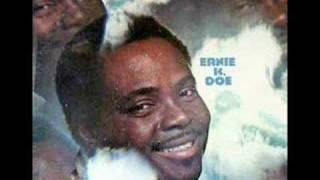 Tributee: Allen Toussaint.
Tributee: Allen Toussaint.
Liner Note Author: Tony Rounce.
Allen Toussaint is unquestionably one of the great American songwriters of the 20th century, so it is no surprise Ace Records dedicated a volume of their ongoing Songbook series to the New Orleans R&B titan. They're not the first label to showcase Toussaint's writing. Ten years prior, EMI released Finger Poppin' and Stompin' Feet: 20 Classic Allen Toussaint Productions for Minit Records 1960-1962, a terrific primer that focused on Toussaint's hitmaking prime as a producer, pianist, and writer for Irma Thomas, Ernie K-Doe, Jessie Hill, Benny Spellman, Aaron Neville, and the Showmen. As good as this was, it only scratched the surface (after all, his greatest singer, Lee Dorsey, was nowhere to be found). Rolling with the Punches does a better job in illustrating the full range of Toussaint's gifts and influence, touching upon classic '60s New Orleans sides (Dorsey's "Holy Cow"; Benny Spellman's "Fortune Teller"), how his music got funkier as the '70s began (Ernie K-Doe's "Here Come the Girls"; Dorsey's "Occapella," which Toussaint produced; Don Covay's "Everything I Do Gonh Be Funky [From Now On]; the Pointer Sisters' "Yes We Can"), and, especially, how many rockers and blue-eyed soul singers relied upon his songs. Robert Palmer got seriously funky with "Sneakin' Sally Through the Alley" (assisted by Little Feat leader/guitarist Lowell George, who was a huge Toussaint fan and is heard here covering "What Do You Want the Girl to Do"), Frankie Miller tore into "Shoo Rah," Bonnie Raitt laid down a seductive groove on "What Is Success," and Boz Scaggs ushered "Hercules" toward the slick Southern California coast. By no means does this contain all of Toussaint's great songs -- some of the versions are by no means close to definitive, either, with the Judds' perfectly fine version of "Working in the Coal Mine" being the main example -- but this illustrates his depth and range and, best of all, it's wildly entertaining. ~ Stephen Thomas Erlewine