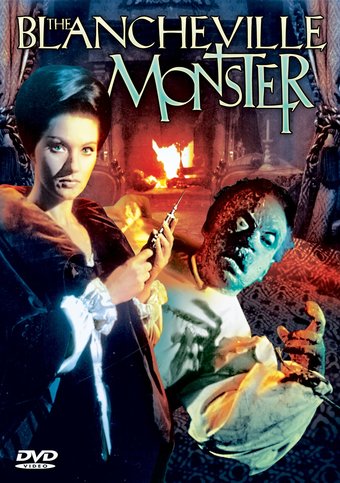 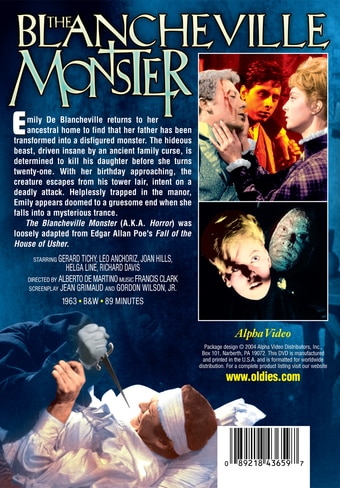 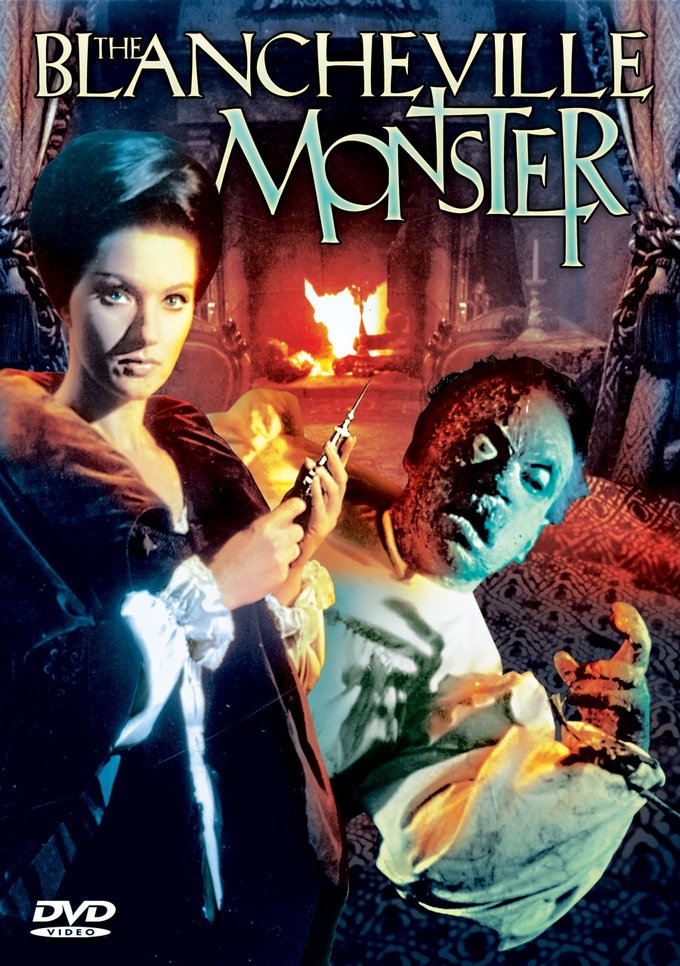 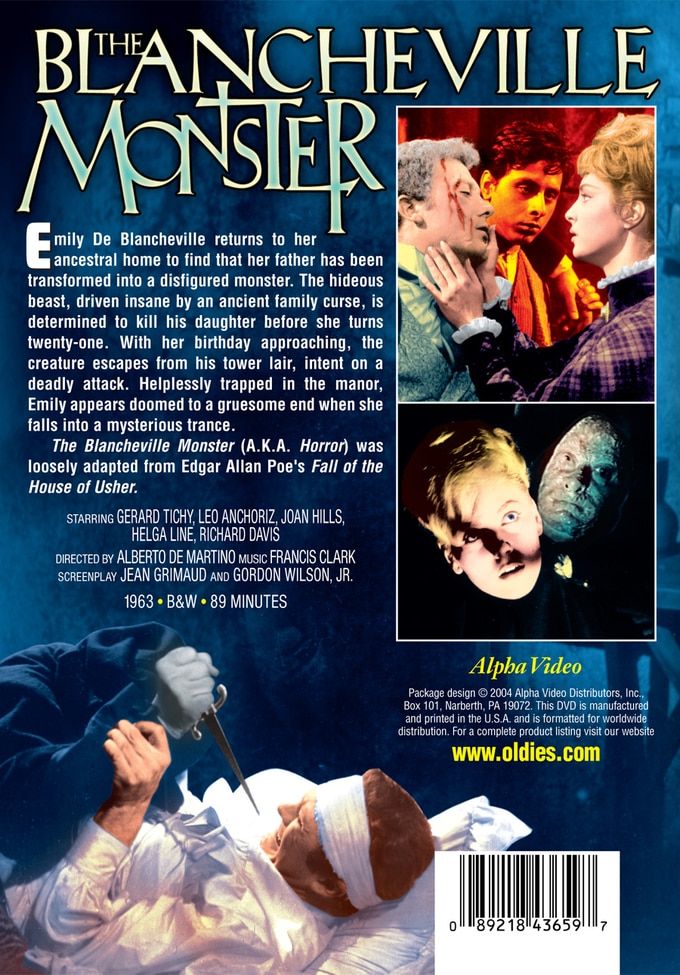 Emily De Blancheville returns to her ancestral home to find that her father has been transformed into a disfigured monster. The hideous beast, driven insane by an ancient family curse, is determined to kill his daughter before she turns twenty-one. With her birthday approaching, the creature escapes from his tower lair, intent on a deadly attack. Helplessly trapped in the manor, Emily appears doomed to a gruesome end when she falls into a mysterious trance.

The Blancheville Monster (A.K.A. Horror) was loosely adapted from Edgar Allan Poe's Fall of the House of Usher.

Based loosely on an Edgar Allen Poe tale, poor Emily De Blancheville (Joan Hills) has no idea of the horror that awaits her at her family's historical home. Her father, living in the home, has changed from a man into a monster at the hands of an ancient family curse. The beast he has become seems determined to murder Emily, before her twenty-first birthday. On the verge of the birthday deadline, Emily's father/beast escapes from his dwelling to carry out his terrifying task, but what will happen when Emily succumbs to a strange trance'

18%off
Werewolf in a Girls' Dormitory
$16.40 Super Savings
Add to Cart

25%off
Terror Creatures From The Grave
$5.95 on Sale
Add to Cart

25%off
Strangler of Blackmoor Castle
$5.95 on Sale
Add to Cart