Budgie Never Turn Your Back on a Friend 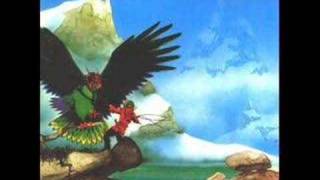 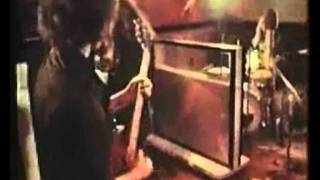 Personnel: Tony Bourge (vocals, guitar, acoustic guitar); Burke Shelley (vocals); Ray Phillips (drums).
Audio Remasterer: Robert M. Corich.
Recording information: Rockfield Studios, South Wales (2003/2004).
Photographer: Fin Castello.
Originally released in 1973 on MCA, Budgie's third record, Never Turn Your Back on a Friend, was another slab of the band's signature plodding metal sound. Although they were never more than a cult band in the U.S., Budgie's popularity flourished in their native England, yet their influence was eventually felt by many notable American bands (Metallica, Soundgarden, Alice in Chains, etc.). The mammoth riffs created by guitarist Tony Bourge are definitely on par with Black Sabbath riff master Tony Iommi, while vocalist/bassist Burke Shelley's voice is a cross between Robert Plant and early Geddy Lee. Drummers came and went (this would be original member Ray Phillips' last recording), but you'd never guess there would be a defection soon, judging from the tightness and interplay displayed on this album. One of their best-known tracks, "Breadfan" (later covered by Metallica), kicks off the album with rapid, almost speed metal, while the epic "Parents" closes the album sans the heavy metal thunder (the band chooses a more mid-paced and acoustic sound). The group also became notorious for coming up with profound (yet lighthearted) song titles, such as "In the Grip of a Tyrefitter's Hand" and "You're the Biggest Thing Since Powdered Milk." Recommended to anyone who finds solace in the metal forefathers (Sabbath, Zep, Hendrix, etc.). ~ Greg Prato