Budgie In for the Kill! 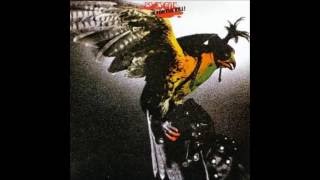 In for the Kill - Budgie (Music Video)

Budgie's fourth release, In for the Kill! (originally on MCA), confirmed their consistent metal songwriting. Like past releases, the album features huge metal riffs courtesy of guitarist Tony Bourge and wailing vocals from bassist Burke Shelley. "Crash Course in Brain Surgery" (their second song to be covered by Metallica) contains a repetitive and continuous riff, while "Zoom Club" stresses the importance of the almighty power chord. The title track (rumored to have been covered by Van Halen back in their club days) is metal at its most vibrant, while the group balances the album by including a folk number with Beatles-like vocal harmonies ("Wondering What Everyone Knows"). "Living on Your Own" continues the band's tradition of lengthy closing numbers, ending another sadly overlooked album from this British band. Along with their first three albums (Budgie, Squawk, and Never Turn Your Back on a Friend), In for the Kill! is a robust collection of important (and, for its time, trailblazing) heavy metal. ~ Greg Prato