Get email alerts for Kylie Minogue
Currently Out of Stock: We'll get more as soon as possible
Notify Me When Available
Add to Wishlist
Format:  CD
item number:  ZENG 50232
91% recommend us! 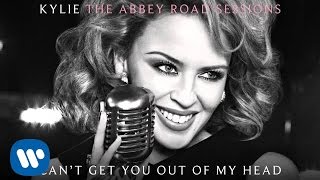 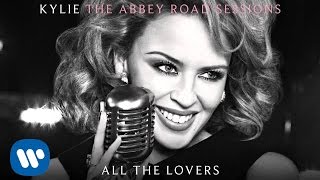 Personnel: Ian Burdge, Chris Pitsillides, Richard George, Rachel Robson, Clare Finnimore, Katie Wilkinson Khoroshunin, Magnus Johnston, Debbie Preece, Tom Pigott-Smith, Emil Chakalov, Simon Baggs, Nicola Sweeney, Stacey Watton, Bozidar Vukotic, Alex Afia, Steve Morris , Natalia Bonner, Ian Humphries, Peter Lale, Chris Laurence , Anthony Pleeth , Sonia Slany, Chris Worsey (strings).
Audio Mixer: Colin Elliot.
Recording information: Abbey Road Studios, London.
Photographer: William Baker .
During her 25-year career in the music biz, Kylie Minogue's ability to re-invent herself and stay current is rivaled only by Madonna's. Unlike her American counterpart, though, Kylie's changes never seem desperate, and everything she does exudes a touch of class that makes her shifts seem far more organic. From chirpy teen popper to indie diva to dance-pop heavyweight, every step she's taken has made perfect sense and in the process, she's released some of the best pop records of her era. In 2012, as part of her own look back at the highlights of a long and successful career, Kylie and her band went to Abbey Road studios to run through a selection of her biggest hits and best songs. Joined by an array of backing singers and an orchestra, the songs are re-imagined in ways that bring out the underlying emotions behind the glittery pop facades. Stripping the songs down to their basics and then adding strings on top proves to be very effective, especially on "All the Lovers" or "Hand on Your Heart," and most of the new arrangements are imaginative and sometime inspired. The piano ballad version of "Better the Devil You Know" works very well, as does the sultry trip-hop take on "Slow," while the strings and vocals on "I Should Be So Lucky" turn the song into a classy '30s musical showstopper. The most interesting reboot takes place on "Can't Get You Out of My Head" where the insistent strings push the song along with a tightly coiled electricity that is impossible to resist. The only song that really falls flat is the cutesy, Motown-inspired take on "The Locomotion." Though Kylie may not have the strongest voice around, she has more than enough charm and understated emotional strength to fill the more intimate arrangements with a solid and exceedingly warm center. The album stands as both as a reminder of all the classic pop songs Kylie has released and of her fearless nature. She's always been willing to take risks, and despite the initial thought that her music may not stand up to the orchestral treatment, The Abbey Road Sessions is another victory in a career full of them. ~ Tim Sendra

Kylie Minogue
Step Back in Time: The Definitive Collection (3-CD)
$28
Add to Cart