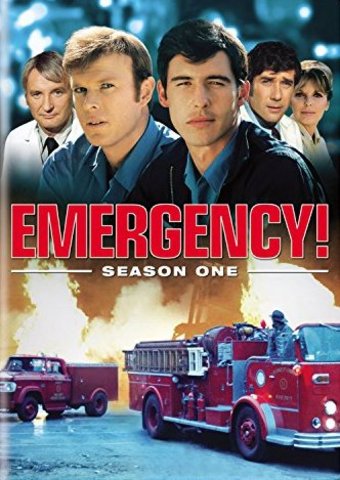 The hit television program EMERGENCY! was a landmark in a number of ways. Created during the early years of paramedics and emergency medical procedures, the program featured the experiences of two likable EMS men, Roy DeSoto and John Cage, as they raced around Los Angeles saving people from a variety of life-threatening situations. Assisting them in their efforts are their allies and friends in the local hospital, police, and fire departments. Created by Jack Webb, the star and producer of DRAGNET, EMERGENCY! emphasized realism and a positive view of emergency institutions, much like Webb's earlier program. In fact, it was even credited with spreading knowledge about EMS throughout the country, just as Webb intended. EMERGENCY! SEASON ONE contains the first 11 episodes of the program.