What Happened to Kerouac? (Collector's Edition) 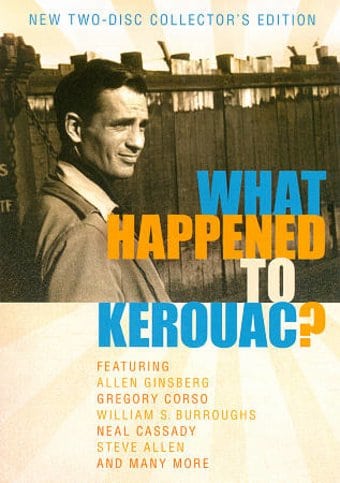 This powerful documentary shows Jack Kerouac's unique creative process and rise to fame as a writer, while also shedding light on his turbulent personal life and his decline to an alcoholism-related death. Kerouac is the Beat Generation icon best known for his counterculture manifesto ON THE ROAD. He possessed unparalleled genius, but also suffered from uncontrollable personal demons that ultimately caused his demise. The film chronicles his chaotic yet fertile career in which he produced an astonishing number of novels and made history collaborating with artists such as Allen Ginsberg. The sometimes contentious relationship between Kerouac and author Neal Cassady factors significantly into the story. Cassady joined Kerouac on many of his road trips and unwillingly served as a character in Kerouac's literature. Kerouac never embraced the spotlight as his work fully consumed him. Instead, the film details how, through unsuccessful marriages, other relationships, and fathering one child, Kerouac yearned for a normal life.

30%off
Next Stop, Greenwich Village
$6.99 CYBER WEEK
Add to Cart

New York in the Fifties
$19
Add to Cart