You Bet Your Life Volume 2

Four hilarious episodes of the classic TV quiz show on each DVD, featuring the wit of Groucho Marx. 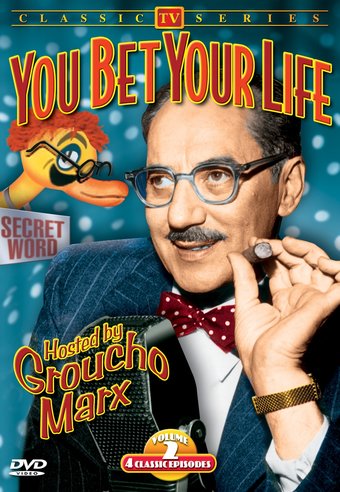 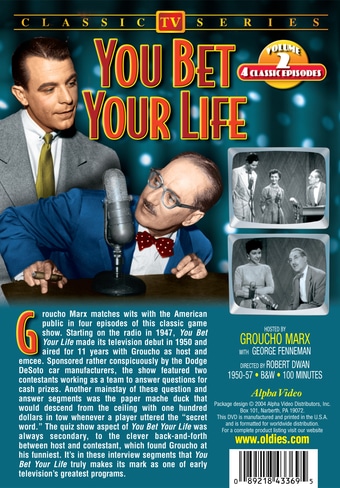 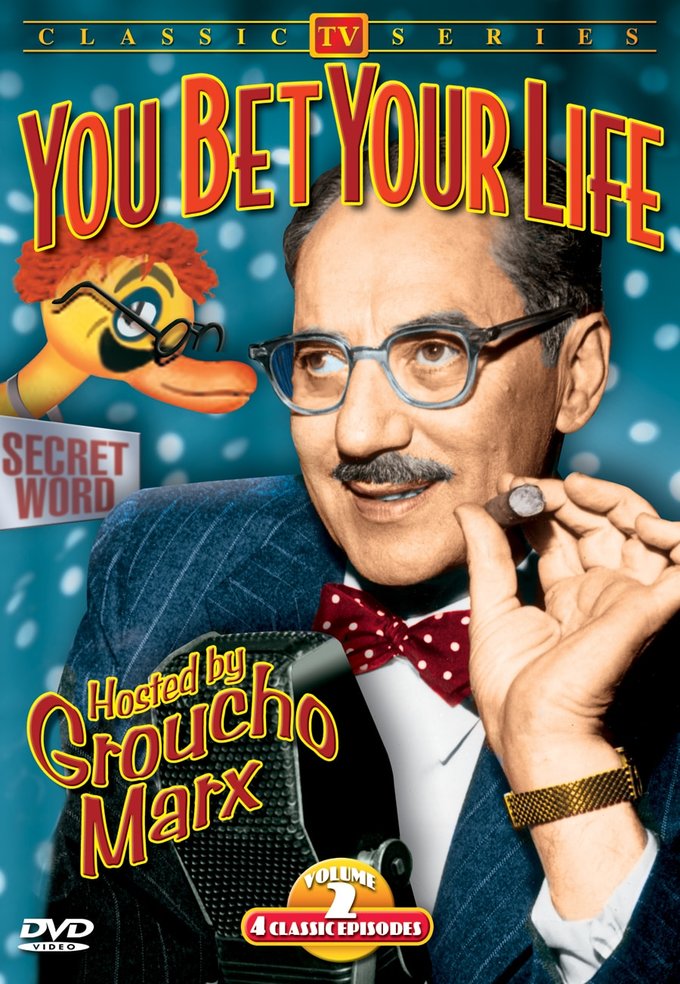 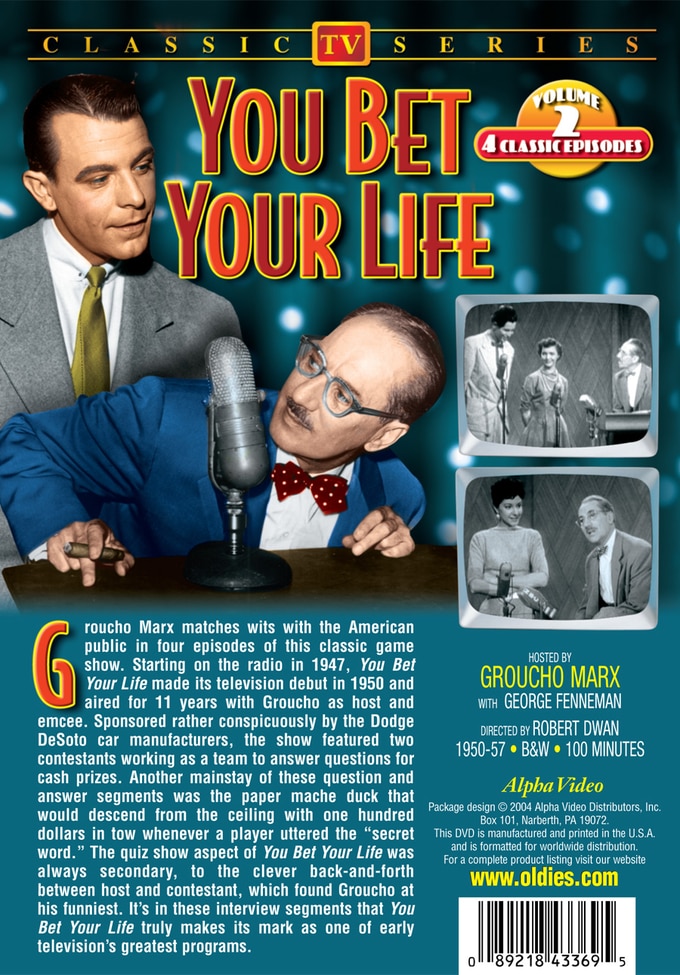 Groucho Marx matches wits with the American public in four episodes of this classic game show. Starting on the radio in 1947, "You Bet Your Life" made its television debut in 1950 and aired for 11 years with Groucho as host and emcee. Sponsored rather conspicuously by the Dodge DeSoto car manufacturers, the show featured two contestants working as a team to answer questions for cash prizes. Another mainstay of these question and answer segments was the paper mache duck that would descend from the ceiling with one hundred dollars in tow whenever a player uttered the "secret word." The quiz show aspect of "You Bet Your Life" was always secondary, to the clever back-and-forth between host and contestant, which found Groucho at his funniest. It's in these interview segments that "You Bet Your Life" truly makes its mark as one of early television's greatest programs.

"You Bet Your Life" was a quiz show during the 1950s and 1960s that showcased Groucho Marx's charm and wit. Contestants answered questions, tried to guess the secret word, and were sitting targets for Groucho's incredibly quick tongue. This is Volume Two in a series of home releases of the show.

Vintage | Television / TV Series
This product is made-on-demand by the manufacturer using DVD-R recordable media. Almost all DVD players can play DVD-Rs (except for some older models made before 2000) - please consult your owner's manual for formats compatible with your player. These DVD-Rs may not play on all computers or DVD player/recorders. To address this, the manufacturer recommends viewing this product on a DVD player that does not have recording capability.


Groucho Marx makes a great host, with his witty comments. He comes across as a nice person, and although he was quite old when this show was made, He still has his talent. This DVD has 4 episodes, Some complete with DeSoto commercials.