Death From A Distance 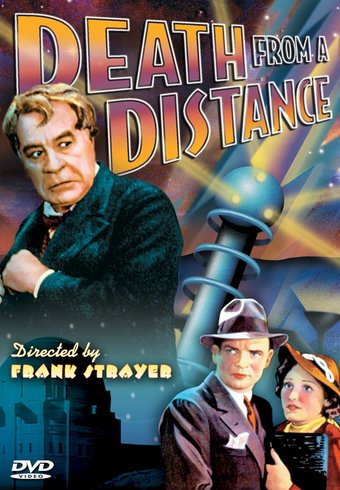 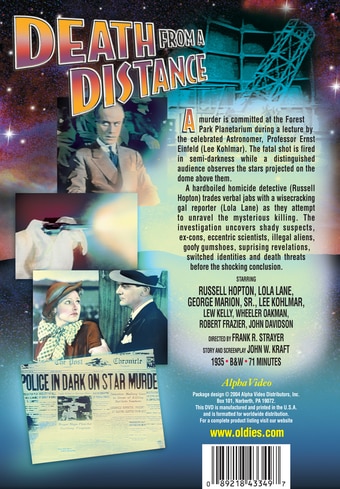 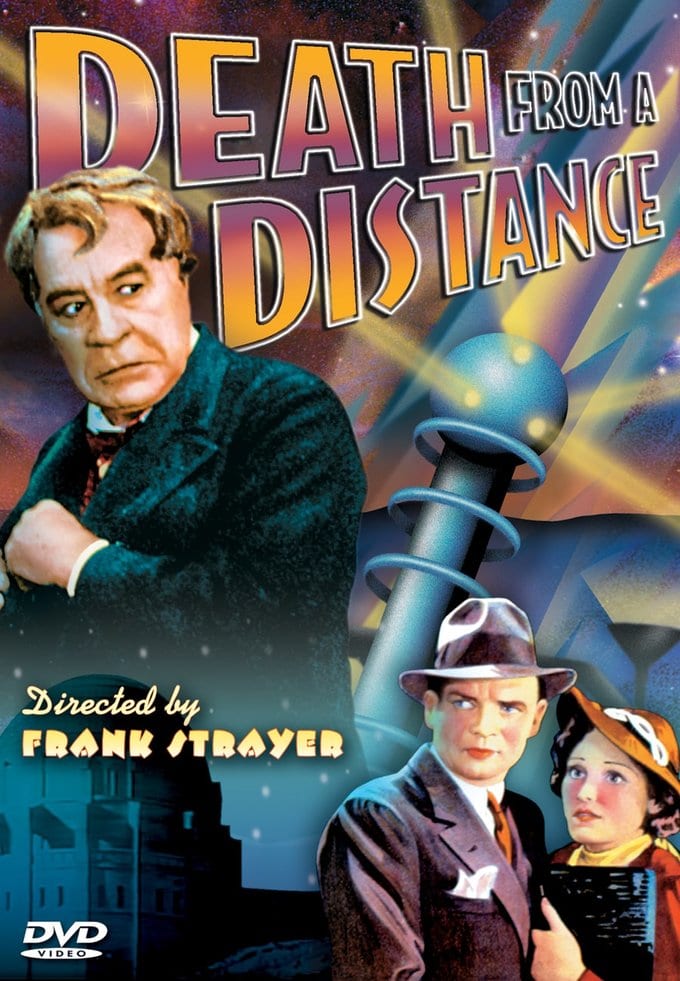 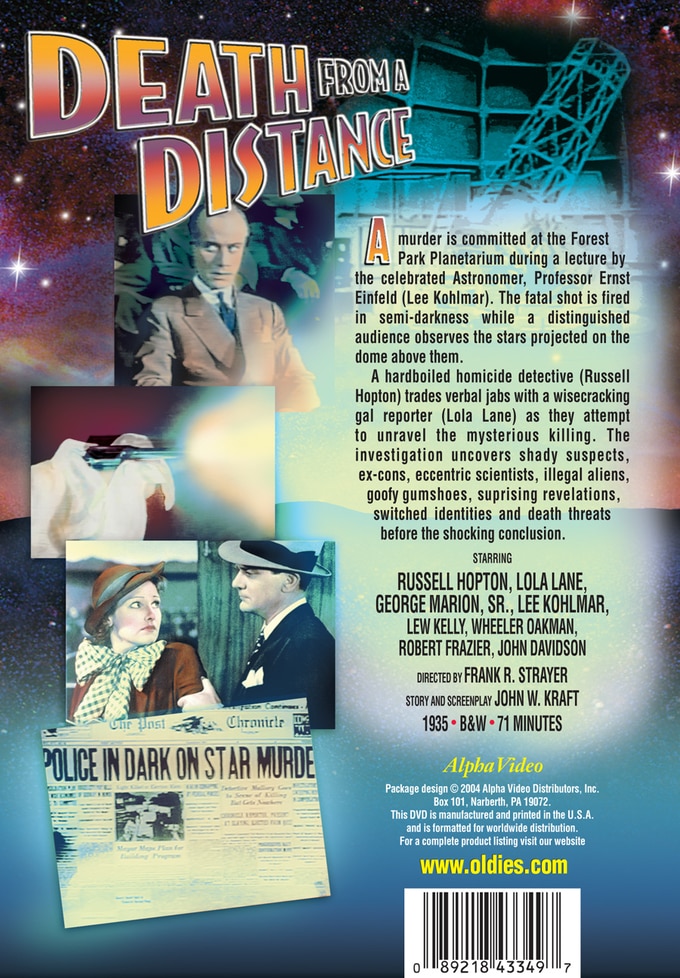 A murder is committed at the Forest Park Planetarium during a lecture by the celebrated Astronomer, Professor Ernst Einfeld (Lee Kohlmar). The fatal shot is fired in semi-darkness while a distinguished audience observes the stars projected on the dome above them. A hardboiled homicide detective (Russell Hopton) trades verbal jabs with a wisecracking gal reporter (Lola Lane) as they attempt to unravel the mysterious killing. The investigation uncovers shady suspects,ex-cons, eccentric scientists, illegal aliens, goofy gumshoes, surprising revelations, switched identities and death threats before the shocking conclusion.

A murder in an observatory leaves the scientists scratching their heads.

Mystery | Science-Fiction | Thriller | Vintage | Murder
This product is made-on-demand by the manufacturer using DVD-R recordable media. Almost all DVD players can play DVD-Rs (except for some older models made before 2000) - please consult your owner's manual for formats compatible with your player. These DVD-Rs may not play on all computers or DVD player/recorders. To address this, the manufacturer recommends viewing this product on a DVD player that does not have recording capability.

18%off
Murder on the Orient Express
$10.60 Super Savings
Add to Cart

50%off
Trapped By Television
$3.99 Super Savings
Add to Cart

Customer Rating:
Based on 217 ratings.


Although this film is filled with a cast of unknowns and the quality of the print isn't perfect (one short scene, in fact, is repeated), it's a lot better than I thought it would be. There's enough suspects to keep you guessing, a wise-cracking female reporter, a dumb detective (I nearl said flat foot) who nearly gets someone killed, and a planetarium - pretty goiod ingredients for a B movie mystery.


This is the story of a murder in a planetarium. As a lecture is being given one of the people in attendance is shot. The police are summoned and quickly become baffled at to who the murderer is.
This is a fun movie. Certainly, it's no better nor no worse than any of the dozens of mysteries turned out at the same time. We have the wise cracking reporter verbally dueling with the head cop, twisted movies, a genuine mystery and a happy ending.However what helps this movie a great deal is its setting, the planetarium, which lifts the whole affair up and makes it truly memorable.
See this movie simply because it's not the regular run of the mill mystery.