At the far ends of the earth she found a reason to live, and a cause to fight for. 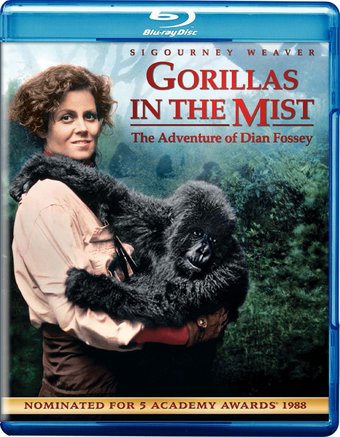 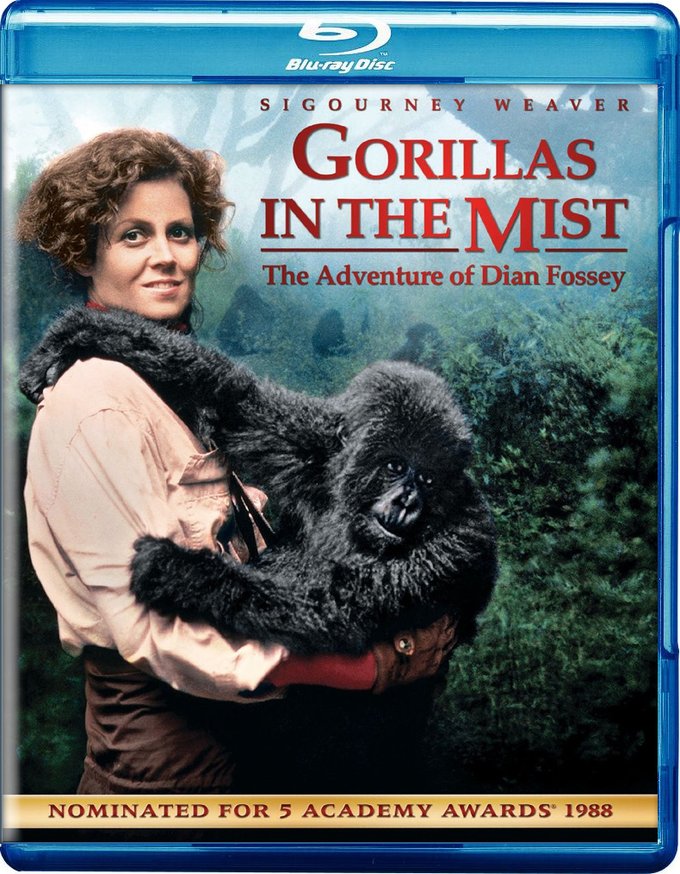 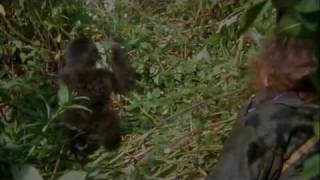 Gorillas In The Mist Trailer HD

"I've never been so submissive in my life."
- photographer Bob Campbell, Fossey's lover (Bryan Brown) to Fossey (Sigourney Weaver)
"If any civil war comes my way, it had better watch its ass."
- Fossey to Dr. Leakey (Iain Cuthbertson)

Based on anthropologist Dian Fossey's autobiography, and an article by Harold T. P. Hayes, GORILLAS IN THE MIST is a portrait of the determined woman who will do anything to save the mountain gorillas that she studies, and for whose well-being she has a passionate commitment. In the process, she draws international attention to their declining population, yet her obsessive work to save them also eclipses her personal life and brings her into ruinous confrontation with relentless, impoverished poachers. At times recalling Joseph Conrad's HEART OF DARKNESS, the film touches on both Fossey's nobility--and inhumanity. To capture her passion, and the sublime African landscape, director Michael Apted (known for his documentary series 7 UP in Britain) shot on location in Rwanda, where the anthropologist lived and worked. Sigourney Weaver, playing Fossey, gives an intense portrayal (garnering an Academy Award nomination) of the woman who almost singlehandedly reversed the extinction of the mountain gorillas in Africa.

The story of real-life anthropologist Dian Fossey, who studied the behavior of rare gorillas in the mountains of Africa--where her interest turns to passion and tragic obsession--is captured on-screen in an Oscar-nominated performance by Sigourney Weaver. Directed by Michael Apted (of the British documentary series 7 UP), the film presents a view of a woman whose determination was inspiring, yet at times, frightening, in the methods in which she chose to be true to her mission. The product of a physically grueling shoot in the mountains of Africa, GORILLAS IN THE MIST offers stunning landscape shots and arresting footage of actress Weaver in close contact with real gorillas.

19%off
Greystoke: Legend of Tarzan, Lord of the Apes
$12.10 Super Savings
Add to Cart

Rebel Without a Cause (Blu-ray)
$19
Add to Cart