A famous big game hunter travels to the jungles of South America to help fight Nazis. 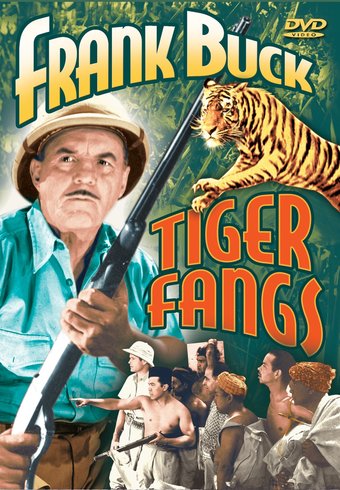 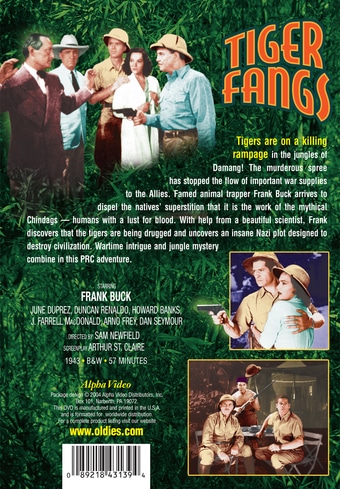 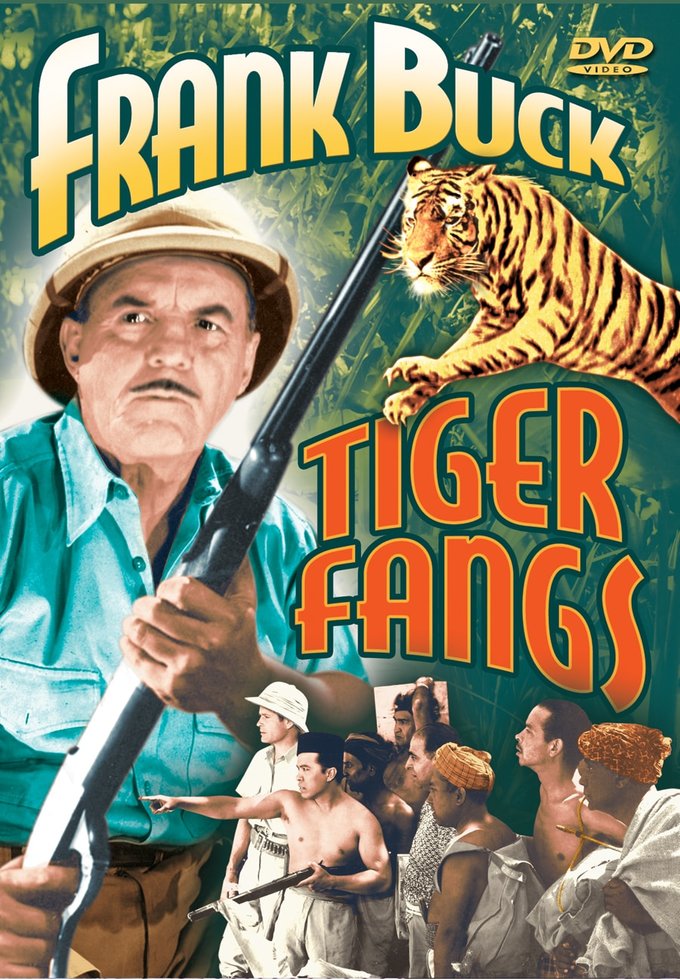 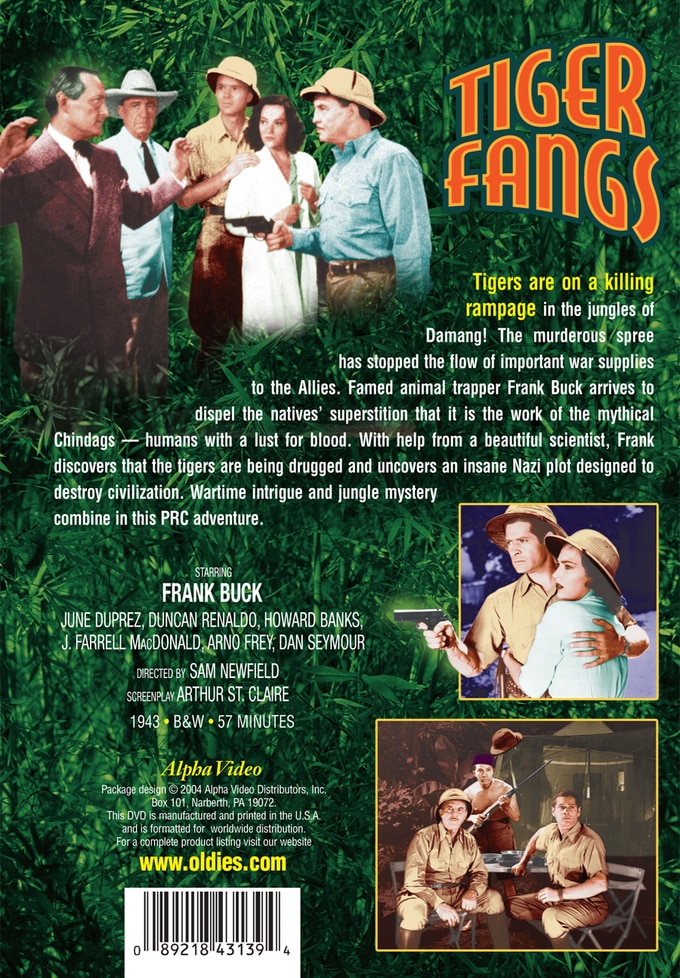 Tigers are on a killing rampage in the jungles of Damang! The murderous spree has stopped the flow of important war supplies to the Allies. Famed animal trapper Frank Buck arrives to dispel the natives' superstition that it is the work of the mythical Chindags - humans with a lust for blood. With help from a beautiful scientist, Frank discovers that the tigers are being drugged and uncovers an insane Nazi plot designed to destroy civilization. Wartime intrigue and jungle mystery combine in this PRC adventure.

Buck plays a man out to save a rubber plantation in the Far East.

Stanley and Livingstone
$19
Add to Cart

Customer Rating:
Based on 106 ratings.

One of Frank Buck's few movies Movie Lover: Martin Grams from Pennsylvania -- May, 12, 2005


Filmed in mid-1943, and released Thanksgiving weekend of 1943, TIGER FANGS is an escapist nightmare. For those who thrilled to Frank Buck and Clyde Beatty (both of whom vie for screen action and known as professional "lion tamers"), this movie came during an era when the only animal adventure came from radio dramas and the silver screen. Watching men tame wild beasts was probably a turn-on for women and adventure for men. Irene Thirer of the New York Post reviewed: "The animal shots are eye-filling, as usual, and especially well photographed...Sam Newfield directed with a good sense of melodramatic action, and it is Mr. Buck himself who gives the stand-out performance. The jungle fellow is a right natural actor." This was Buck's seventh of nine movies and the second to last in which he would play himself.