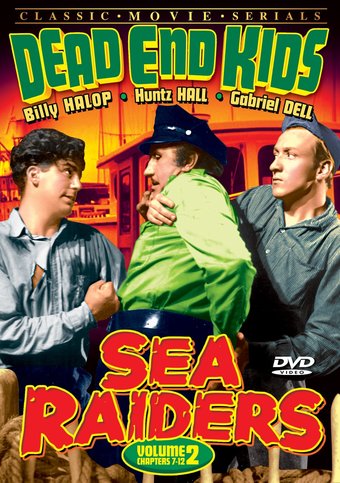 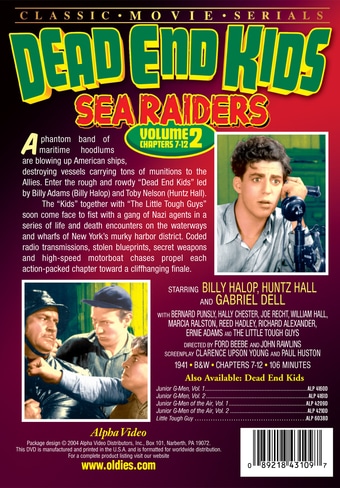 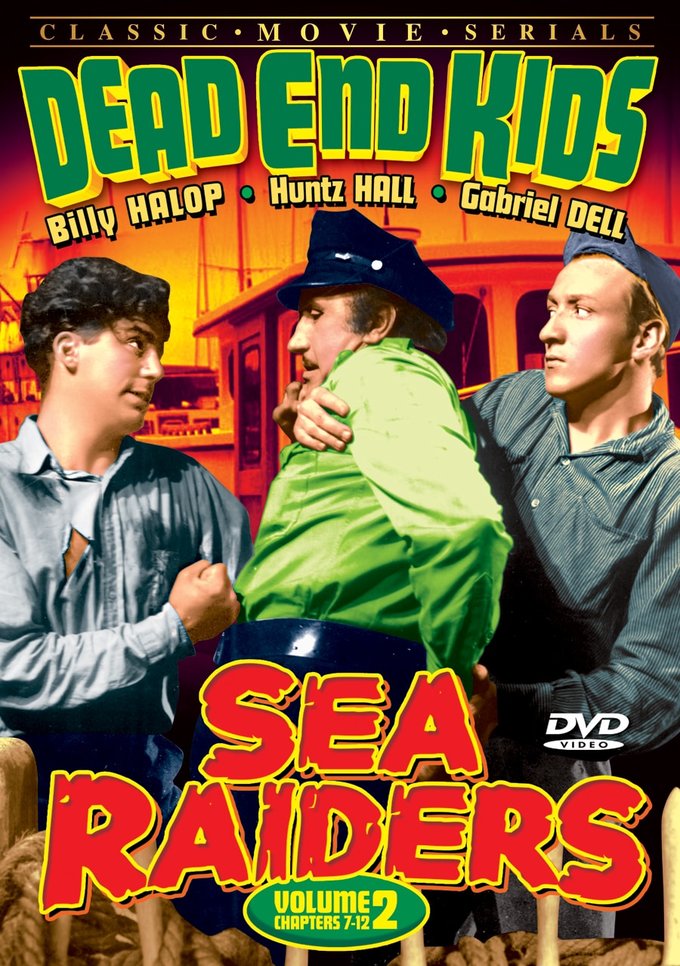 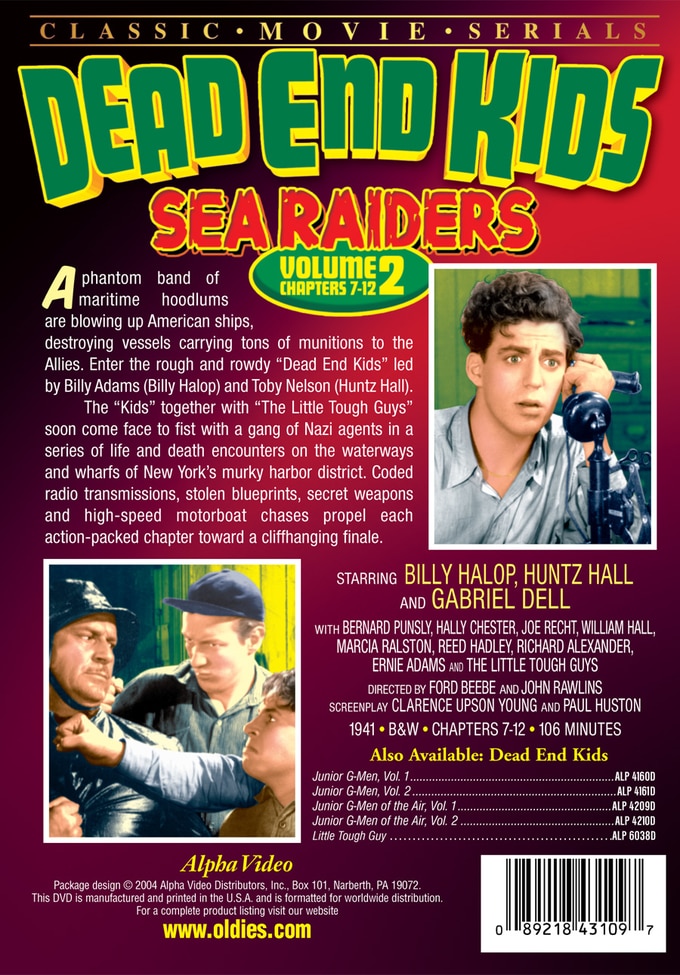 A phantom band of maritime hoodlums are blowing up American ships, destroying vessels carrying tons of munitions to the Allies. Enter the rough and rowdy "Dead End Kids" led by Billy Adams (Billy Halop) and Toby Nelson (Huntz Hall). The "Kids" together with "The Little Tough Guys" soon come face to fist with a gang of Nazi agents in a series of life and death encounters on the waterways and wharfs of New York's murky harbor district. Coded radio transmissions, stolen blueprints, secret weapons and high-speed motorboat chases propel each action-packed chapter toward a cliffhanging finale.

The final six installments of the serial SEA RAIDERS finds the Dead End Kids protecting New York City's harbors from Nazi infiltrators. The Big Apple has never been host to so many cliffhangers as stolen documents and shadowy figures lead to high speed boat chaces in the Hudson River.

Adventure | Thieves | Gangs | Justice | Vintage | Serial
This product is made-on-demand by the manufacturer using DVD-R recordable media. Almost all DVD players can play DVD-Rs (except for some older models made before 2000) - please consult your owner's manual for formats compatible with your player. These DVD-Rs may not play on all computers or DVD player/recorders. To address this, the manufacturer recommends viewing this product on a DVD player that does not have recording capability.