An investigator pursues an insane arch-villain, "The Whispering Shadow," who commits spectacular acts of sabotage on a transport company. 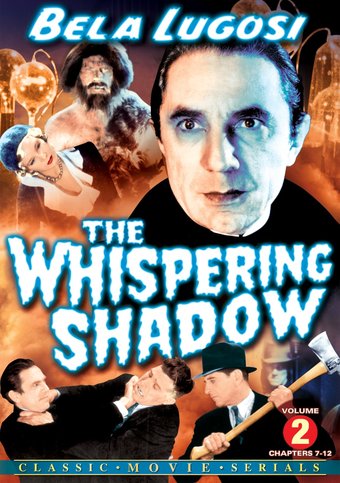 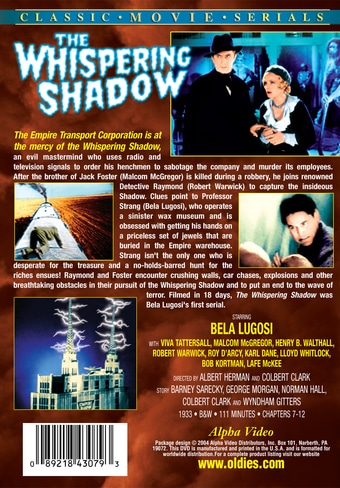 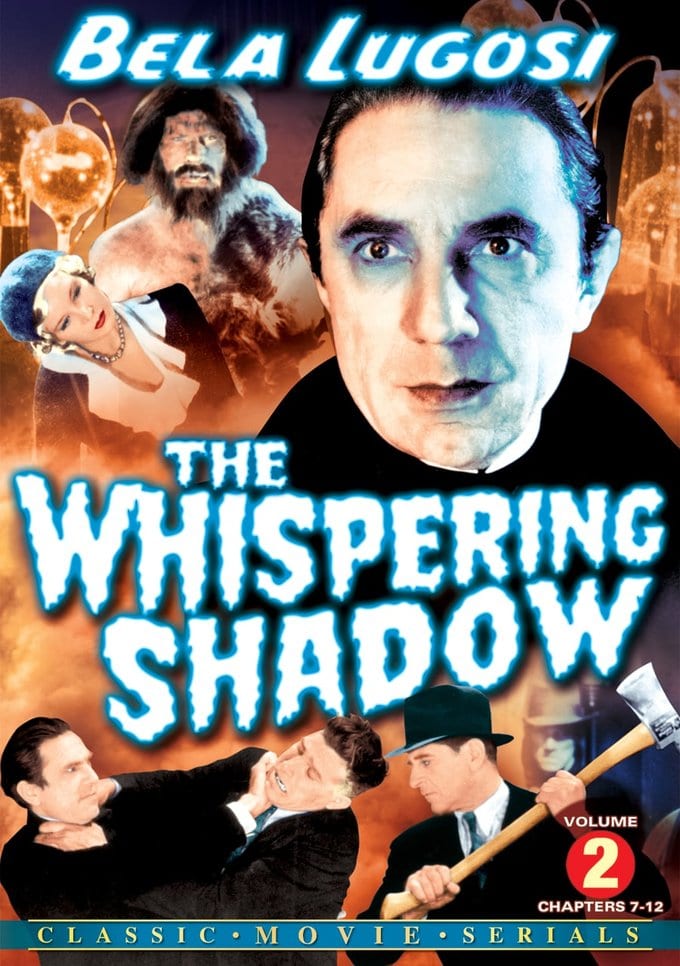 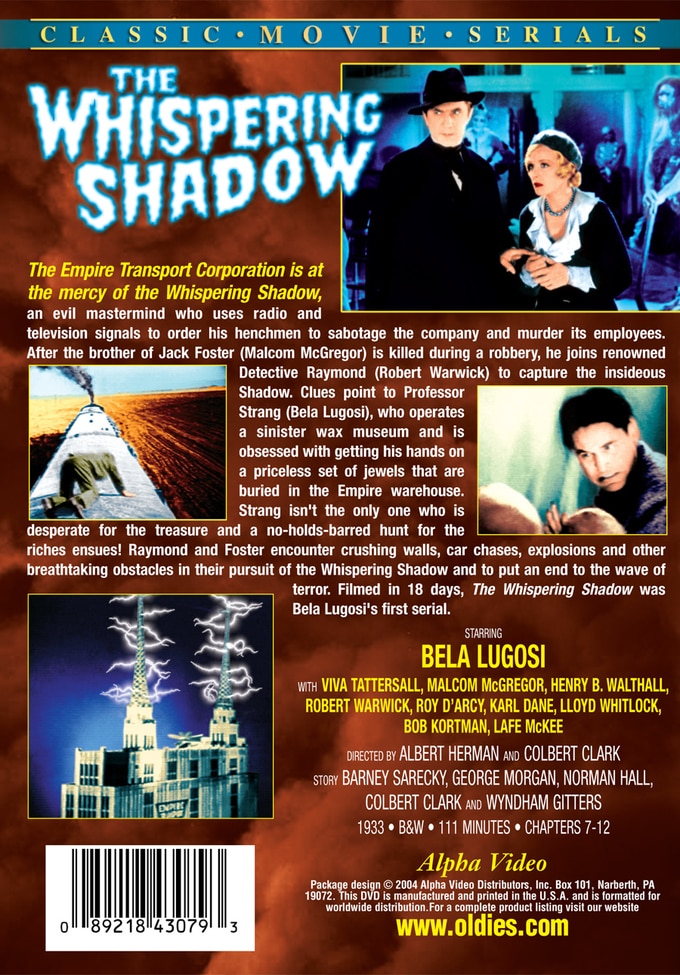 The Empire Transport Corporation is at the mercy of the Whispering Shadow, an evil mastermind who uses radio and television signals to order his henchmen to sabotage the company and murder its employees. After the brother of Jack Foster (Malcom McGregor) is killed during a robbery, he joins renowned Detective Raymond (Robert Warwick) to capture the insidious Shadow. Clues point to Professor Strang (Bela Lugosi), who operates a sinister wax museum and is obsessed with getting his hands on a priceless set of jewels that are buried in the Empire warehouse. Strang isn't the only one who is desperate for the treasure and a no-holds-barred hunt for the riches ensues! Raymond and Foster encounter crushing walls, car chases, explosions and other breathtaking obstacles in their pursuit of the Whispering Shadow and to put an end to the wave of terror. Filmed in 18 days, The Whispering Shadow was Bela Lugosi's first serial.

The Whispering Shadow is after the world's most valuable jewel collection - and he's using a radio death ray to get it. Bela Lugosi strikes again in chapters seven through twelve of this twelve-chapter serial.

Psychos | Vintage | Serial | Good Vs. Evil | Jewels
This product is made-on-demand by the manufacturer using DVD-R recordable media. Almost all DVD players can play DVD-Rs (except for some older models made before 2000) - please consult your owner's manual for formats compatible with your player. These DVD-Rs may not play on all computers or DVD player/recorders. To address this, the manufacturer recommends viewing this product on a DVD player that does not have recording capability.

50%off
Shadow of Chinatown (Feature)
$3.99 Super Savings
Add to Cart