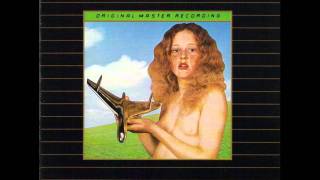 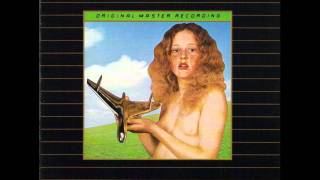 Rolling Stone - 9/6/69, p.27
"...with Blind Faith, Clapton appears to have found his groove at last. Every solo is a model of economy, well-thought-out and well-executed with a good deal more subtlety and feeling than we have come to expect from Clapton..." -Lester Bangs
Q - 4/01, p.116
4 stars out of 5 - "...[This album] has much to admire, not least Steve Winwood's rarely bettered vocal contributions which make him sound every inch the aged Deep South bluesman..." Stereo Review's CD Buyer's Guide - "...For 20 years this has been a cornerstone in any basic rock library. MFSL's CD is the one to choose. The Ultradisc brings the brisk, jazzy music up-close and in living color..."

Blind Faith: Steve Winwood (vocals, guitar, piano, organ, bass); Eric Clapton (vocals, guitar); Rick Grech (violin, bass); Ginger Baker (drums, percussion).
Producer: Jimmy Miller.
Reissue producer: Bill Levenson.
Engineers include: Andy Johns, Alan O'Duffy, Keith Harwood.
Recorded at Olympic & Morgan Studios, London, England between February & June, 1969.
Originally released on Atco (33-304)/Polydor (583 059).
BLIND FAITH was cursed at its very inception by being billed as a supergroup. This was truly a pity, because for all the classic beauty of its only recording, Blind Faith was a band that never had a legitimate opportunity to come together as a performing ensemble. Hyped to the hilt and rushed into a massive, chaotic tour, the band fell apart after its final American concerts when Eric Clapton packed it in to join Delaney & Bonnie's band.
BLIND FAITH scored a big hit with its evocative acoustic ballad "Can't Find My Way Home," featuring Winwood's raspy falsetto, Clapton's poignant acoustic guitar, and Baker's pulsing brush work. But then, every song on BLIND FAITH has become an FM radio staple. "Presence of the Lord" with Winwood's fervent vocals, "Had to Cry Today" (featuring Clapton's dense, multi-tracked blues leads), and the jacked-up rockabilly of Buddy Holly's "Well Alright," are all good examples. But the band never had much of a life outside the studio, and after Blind Faith folded, Winwood and Grech joined Baker's Air Force before reforming Traffic. Clapton began moving away from extended improvisations into more tightly structured song forms on his first solo album, ERIC CLAPTON, and proceeded in the same direction with Derek & The Dominos.

Derek & The Dominos
Layla And Other Assorted Love Songs
$37.30
Add to Cart