Balki helps Larry let go of his past and appreciate his life as it is, including his family, his friends, and his job. 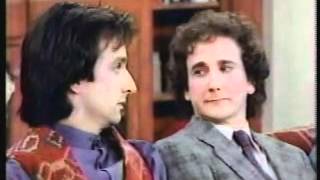 Larry and Balki find themselves playing unlikely saviors when a vacation retreat with their girlfriends in the mountains gets crashed by a dangerous escaped convict. Life at the Chicago Chronicle becomes adventurous when Larry inadvertently enrages a money-laundering mad bomber, while Balki turns the company newsletter into a scandal sheet. On the homefront, Larry and his dad have a personal breakthrough while trapped in a flooding basement, and Balki finds his favorite cousin, Bartok (also Bronson Pinchot), has turned into a Los Angeles hipster scam artist.