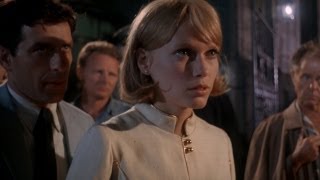 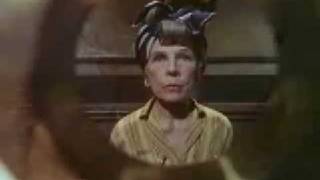 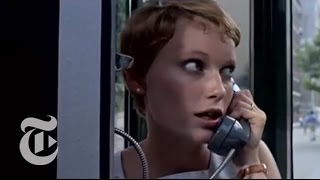 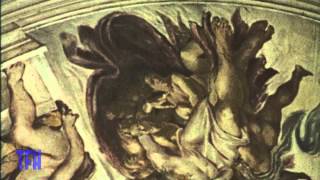 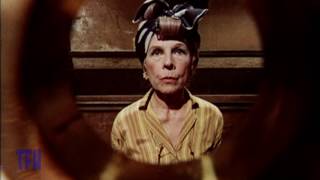 Roman Polanski's stylish occult thriller ROSEMARY'S BABY is possibly the director's most famous film and was a big box-office success at the time of its 1968 release. This was Polanski's first American feature film, following his frightening 1965 REPULSION, which was made in England. The use of producer William Castle--famous for popular low-budget horror--helped propel Polanski forward into a long and rigorous career as one of the masters of the genre. The terrifying satanic story forever haunts fans of this cult film, the setting of which--Manhattan's Dakota building--carries a ghost story of its own as the location of John Lennon's assassination.

A young, happily married couple, waif-like Rosemary (Mia Farrow) and struggling actor Guy (John Cassavetes), move into a spacious apartment in a venerable old building off Central Park. They are befriended by the elderly couple next door, Roman (Sidney Blackmer) and Minnie Castavet (Ruth Gordon in an Oscar-winning performance), who seem to take a special interest in Rosemary's well-being. Shortly after another young woman in the building commits suicide by jumping out a window, Rosemary begins to be plagued by disturbing dreams, including a hallucinogenic black mass sequence in which she is raped by something "inhuman" while surrounded by a host of unlikely spectators. Rosemary discovers she is pregnant and soon falls violently ill. The Castavets offer advice and home remedies and even go so far as to talk her into seeing a new doctor of their choosing. But when the young couple's friend Hutch (Maurice Evans) exposes her eccentric but seemingly well-meaning neighbors as members of a witches' coven, Rosemary realizes that she is the victim of a deeply evil conspiracy and that no one can be trusted--not even her own husband.