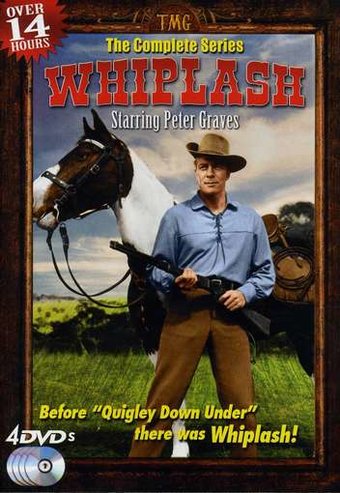 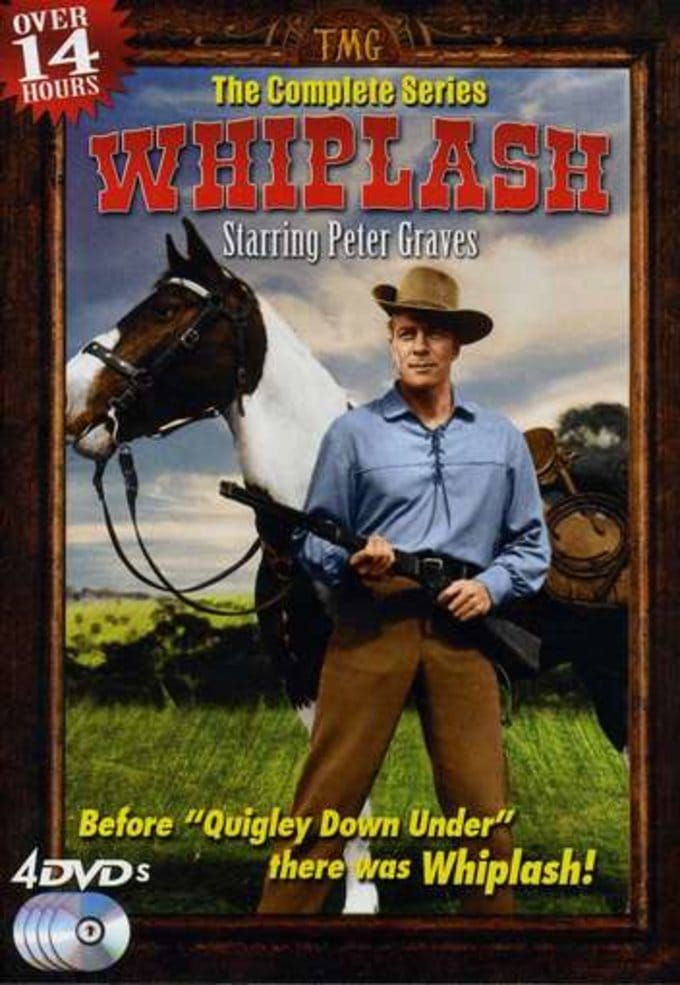 Whiplash, a western TV series set in outback of Australia during the 1860's, stars Peter Graves (Mission Impossible) as "Christopher Cobb." The series is loosely based on the life of Freeman Cobb, who was the genuine founder of Australia's first stagecoach line, Cobb and Co. Cobb used a bullwhip instead of a pistol to settle disputes, however, he did carry a rifle that he had to use on more than one life or death occasion. Keen observers will notice that the team that Cobb drives is led by 5 horses, not the Western American stage's traditional four, six, or even twelve horses. The landscape is pure Western Australia, as rugged and beautiful as its American counterpart, and the series is in crisp black and white.

Whiplash stands out from other television western series of its era in that the guest casts are composed of some of the best Australian actors including Leonard Teale, John Fegan, Chips Rafferty, Chuck Faulkner, Terry McDermott, Stuart Wagstaff, Lionel Long and Aboriginal actor Robert Tudawali, who is featured in several episodes.