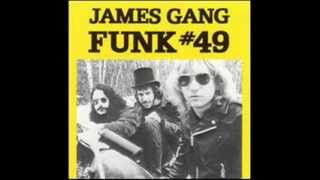 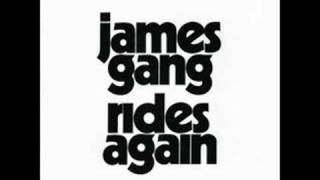 The James Gang: Joe Walsh (vocals, guitar, keyboards); Dale Peters (guitar, bass); Jim Fox (drums, percussion).
Additional personnel includes: Rusty Young (pedal steel guitar).
By virtue of containing "Funk #49," if for no other reason, RIDES AGAIN, the second album from Cleveland rockers the James Gang, was one of the templates for '70s American blues/boogie rock. While there's no denying that cuts like the aforementioned iconic riff monster and the driving "Woman" are full of long-haired, shirtless, amps-on-11 abandon, there are a number of acoustic-based moments on the album as well, making it plain that neither singer/guitarist Joe Walsh, nor the rest of the James Gang, were one-trick ponies. The folky fingerpicking of "Ashes, the Rain and I" and the easygoing strum of "There I Go Again" provide a nice contrast to the band's harder-edged tunes.