Linda Stirling stars as "The Black Whip,"fearless fighter for law and order in the Old West. 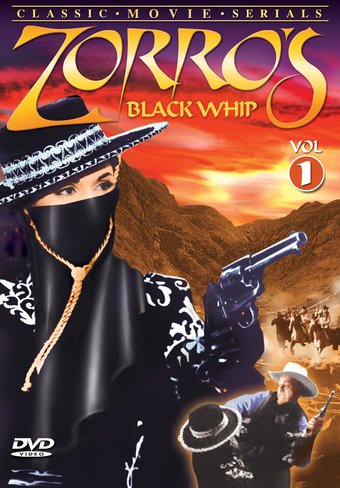 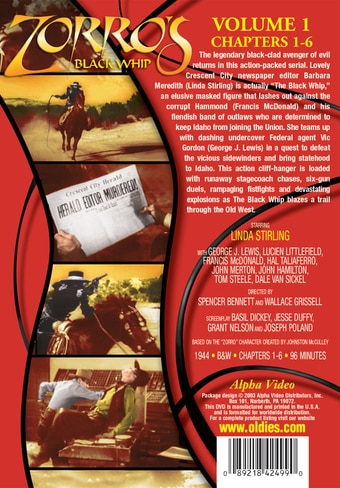 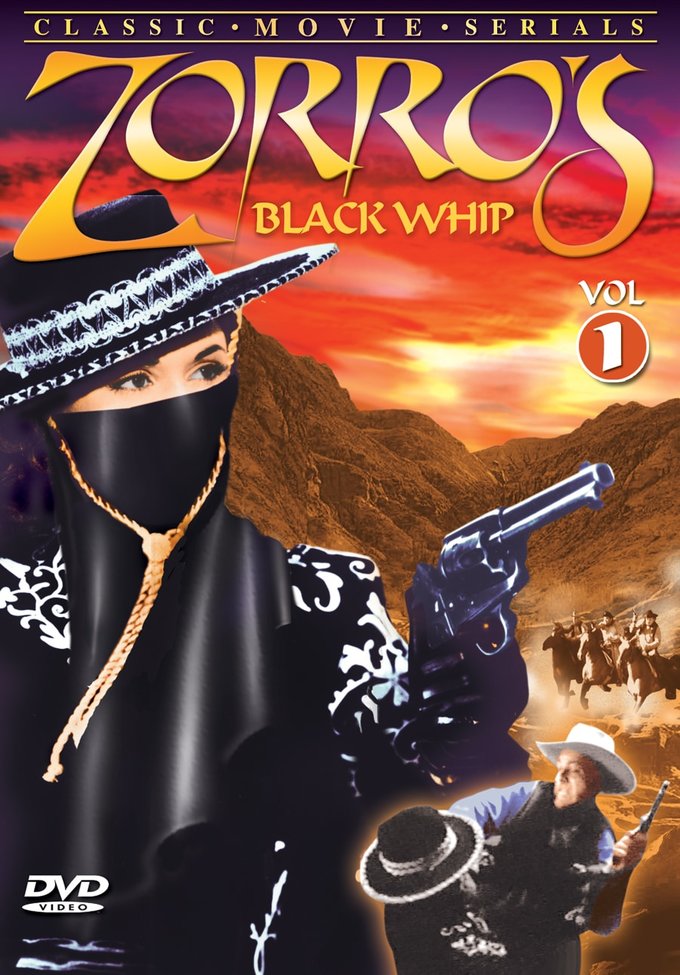 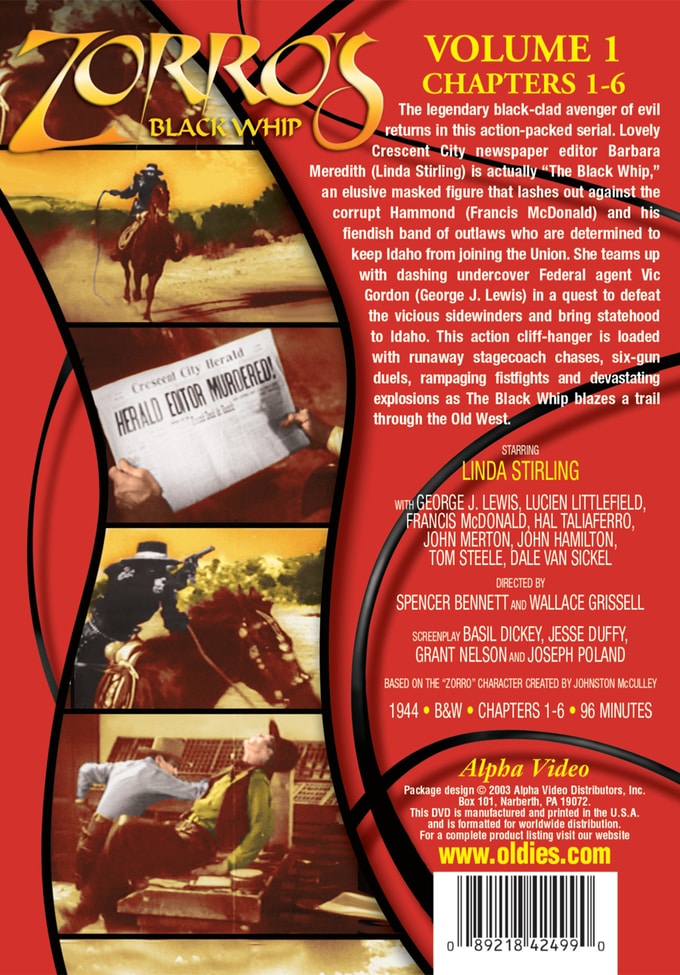 The legendary black-clad avenger of evil returns in this action-packed serial. Lovely Crescent City newspaper editor Barbara Meredith (Linda Stirling) is actually "The Black Whip," an elusive masked figure that lashes out against the corrupt Hammond (Francis McDonald) and his fiendish band of outlaws who are determined to keep Idaho from joining the Union. She teams up with dashing undercover Federal agent Vic Gordon (George J. Lewis) in a quest to defeat the vicious sidewinders and bring statehood to Idaho. This action cliff-hanger is loaded with runaway stagecoach chases, six-gun duels, rampaging fistfights and devastating explosions as The Black Whip blazes a trail through the Old West.

The legendary Zorro returns! This time in the form of mild-mannered newspaper editor Barbara Meredith (Linda Stirling). When the dastardly Hammond and his gang begin to do all they can to keep Idaho from becoming a state, Meredith dons the black cape and mask to stop them. Accompanied by Federal agent Vic Gordon (George J. Lewis), the two face runaway stagecoaches, gunfights, and explosions to stop the villains. This program contains chapters one through six.

Action | Heroes
This product is made-on-demand by the manufacturer using DVD-R recordable media. Almost all DVD players can play DVD-Rs (except for some older models made before 2000) - please consult your owner's manual for formats compatible with your player. These DVD-Rs may not play on all computers or DVD player/recorders. To address this, the manufacturer recommends viewing this product on a DVD player that does not have recording capability.


Zorro has never been sexier!