The cloaked hero, Lamont Cranston (aka The Shadow), goes after a group of murderous racketeers. 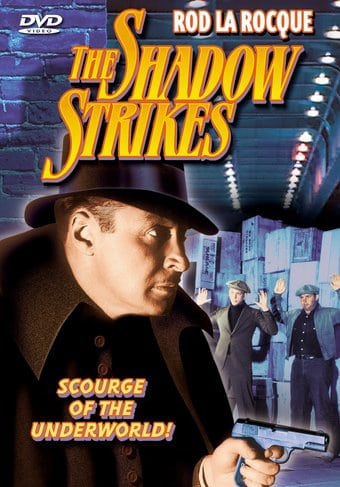 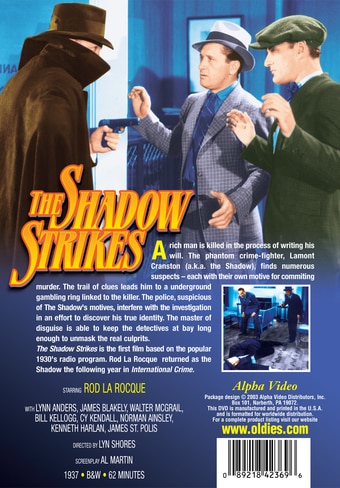 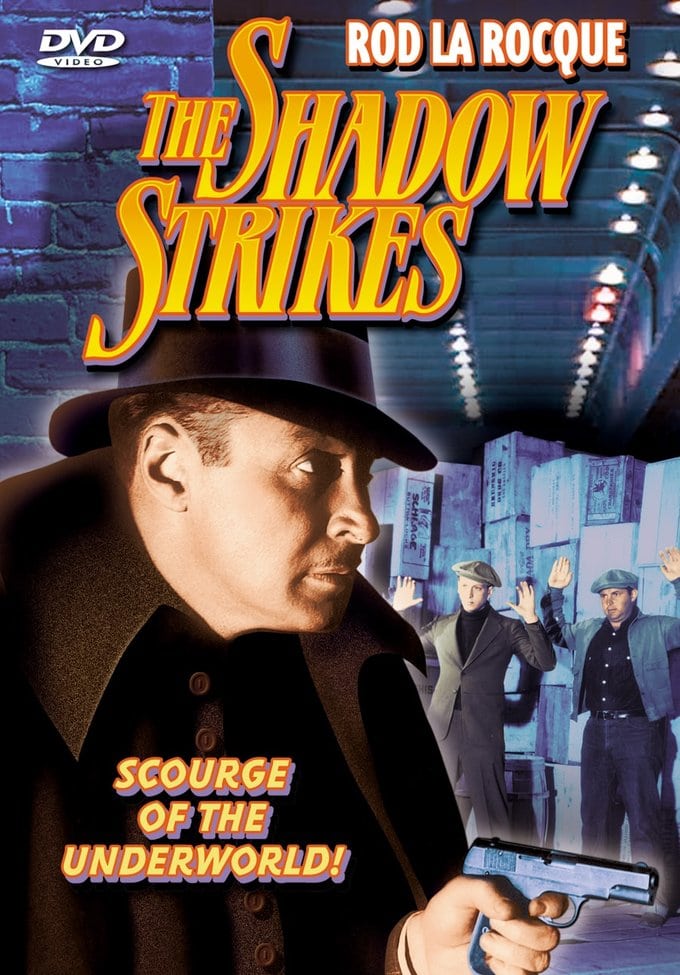 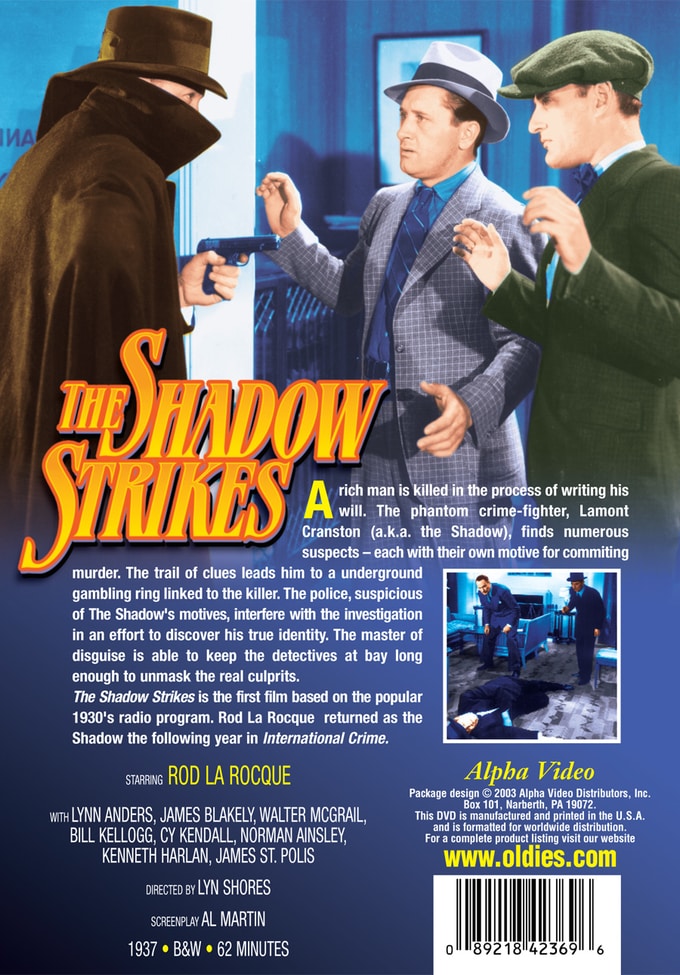 A rich man is killed in the process of writing his will. The phantom crime-fighter, Lamont Cranston (a.k.a. the Shadow), finds numerous suspects - each with their own motive for committing murder. The trail of clues leads him to a underground gambling ring linked to the killer. The police, suspicious of The Shadow's motives, interfere with the investigation in an effort to discover his true identity. The master of disguise is able to keep the detectives at bay long enough to unmask the real culprits. The Shadow Strikes is the first film based on the popular 1930's radio program. Rod La Rocque returned as the Shadow the following year in International Crime.

The first film adventure of the mysterious pulp hero from radio and magazines. Once again, the police hound the Shadow as he goes after true evildoers.

Who knows what evil lurks in the hearts of men' The hero in this adaptation from the popular radio serial.

Adventure | Mystery | Superheroes | Suspense | Thriller | Vintage
This product is made-on-demand by the manufacturer using DVD-R recordable media. Almost all DVD players can play DVD-Rs (except for some older models made before 2000) - please consult your owner's manual for formats compatible with your player. These DVD-Rs may not play on all computers or DVD player/recorders. To address this, the manufacturer recommends viewing this product on a DVD player that does not have recording capability.

16%off
The Shadow Returns
$8.40 Super Savings
Add to Cart

50%off
The Shadow Collection (International Crime / Invisible...
$11.97 on Sale
Add to Cart

Customer Rating:
Based on 531 ratings.


If you expect anything like the Shadow that was on the radio, you won't find it here. Rod LaRocque even seems at a loss for words (do dialogue coach?) in the first half of the film. And it doesn't get much better in the second half.


Though this film is very watchable, it is not the best adaptation of THE SHADOW in classic film. If you want a great classic SHADOW film, watch BEHIND THE MASK (which I was fortunate enough to catch on Turner Classic Movies a few years back). However, if you are looking for just a good film, based on a comic book type character, this should help. It does not have the superhero appeal of say matinee serials for SUPERMAN, BATMAN, THE PHANTOM, or (the best of the best) CAPTAIN MARVEL. What it does have is a decent story which keeps you wondering "whodunit?"