The Giant of Marathon

A magnificent athlete (Steve Reeves) rallies all of Athens in a spectacular battle against the Persians. 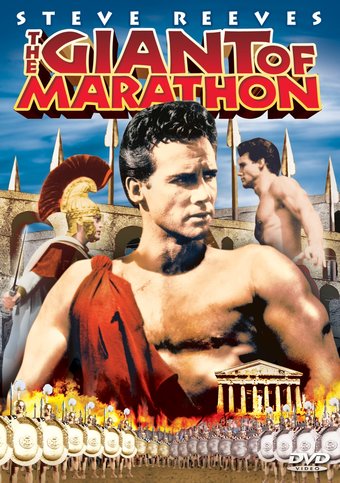 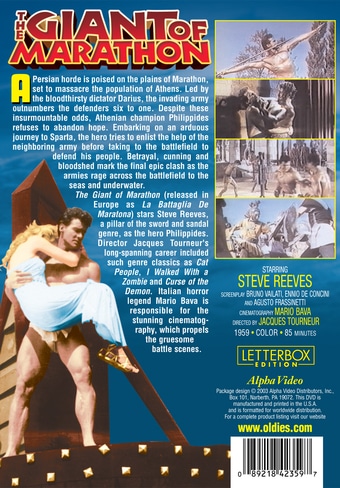 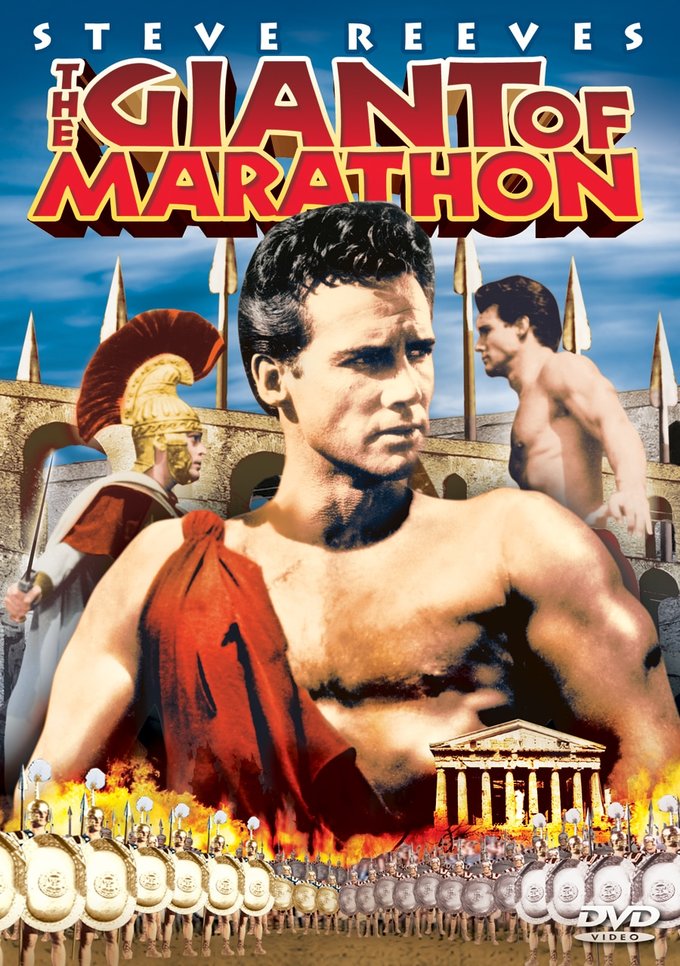 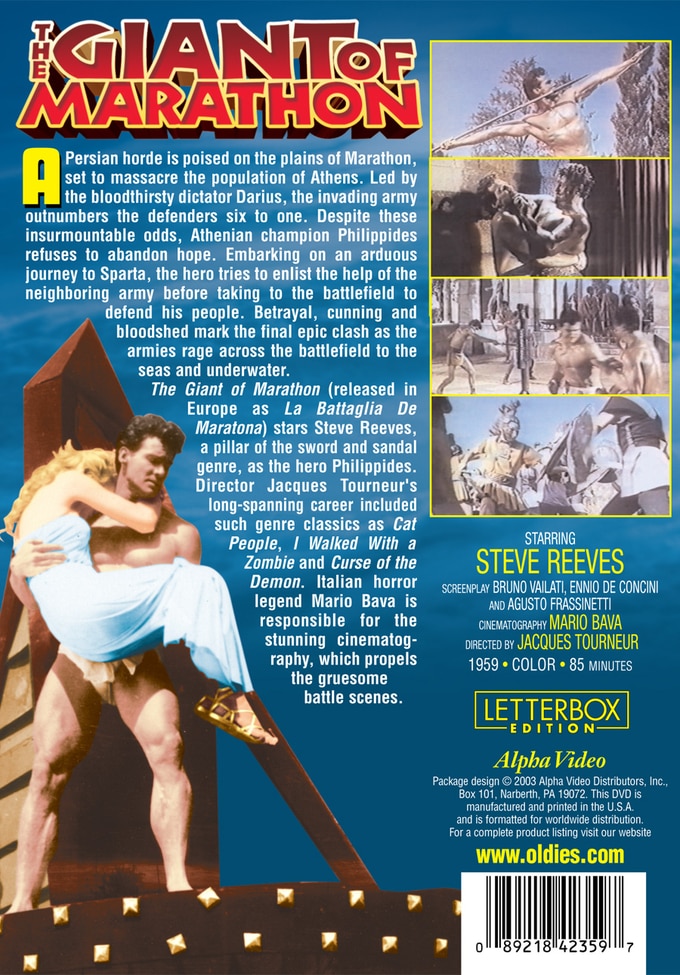 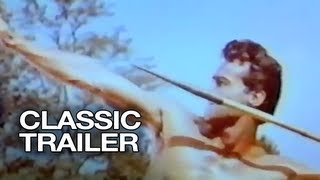 A Persian horde is poised on the plains of Marathon, set to massacre the population of Athens. Led by the bloodthirsty dictator Darius, the invading army outnumbers the defenders six to one. Despite these insurmountable odds, Athenian champion Philippides refuses to abandon hope. Embarking on an arduous journey to Sparta, the hero tries to enlist the help of the neighboring army before taking to the battlefield to defend his people. Betrayal, cunning and bloodshed mark the final epic clash as the armies rage across the battlefield to the seas and underwater.

The Giant of Marathon (released in Europe as La Battaglia De Maratona) stars Steve Reeves, a pillar of the sword and sandal genre, as the hero Philippides. Director Jacques Tourneur's long-spanning career included such genre classics as Cat People, I Walked With a Zombie and Curse of the Demon. Italian horror legend Mario Bava is responsible for the stunning cinematography, which propels the gruesome battle scenes.

Adventure | Big Battles | Mythology | Heroes | Ancient World | Theatrical Release
This product is made-on-demand by the manufacturer using DVD-R recordable media. Almost all DVD players can play DVD-Rs (except for some older models made before 2000) - please consult your owner's manual for formats compatible with your player. These DVD-Rs may not play on all computers or DVD player/recorders. To address this, the manufacturer recommends viewing this product on a DVD player that does not have recording capability.

Customer Rating:
Based on 1707 ratings.

At last--see Steve Reeves without the beard! Movie Lover: the Jax from California -- August, 8, 2004


Sword 'n sandal fans will want this DVD to complete their collections, despite the lack of monsters, magic, and acting.
Fan favorite Steve "Hercules" Reeves is the Olympic champion and respected soldier Phillipedes (no, he's not a giant). He's the first to admit the gods blessed him with physical abilities, not mental. Torn between two women, the big guy decides to leave the city and forget them both. Bad timing; only Philippedes can rally Athens and Sparta against the invading Persian army.
Lots of exciting, well-shot battle stuff happens in the last 20 minutes, bearing the mark of cinematographer Mario Bava. It's only this last portion that I'll really watch again.