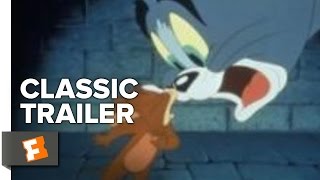 That battling cat-and-mouse team Tom and Jerry are up to their old destructive antics when their house is demolished and they find themselves out on the streets. This unlikely pair put aside their differences in order to help a lonely little girl find her missing father and save her from an evil aunt with eyes on the girl's inheritance.