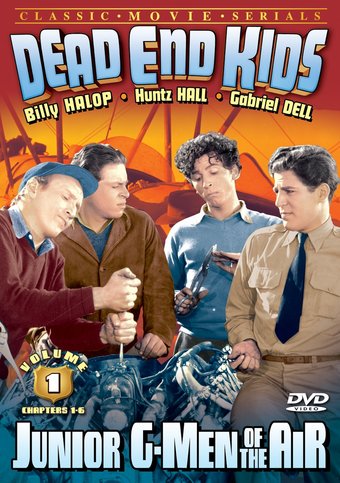 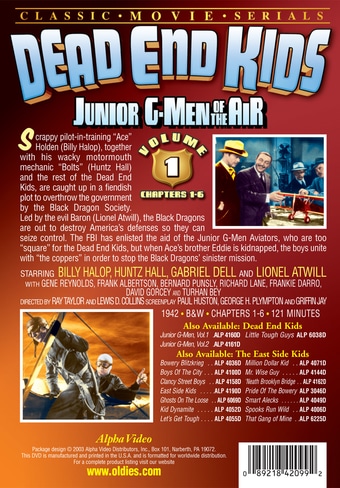 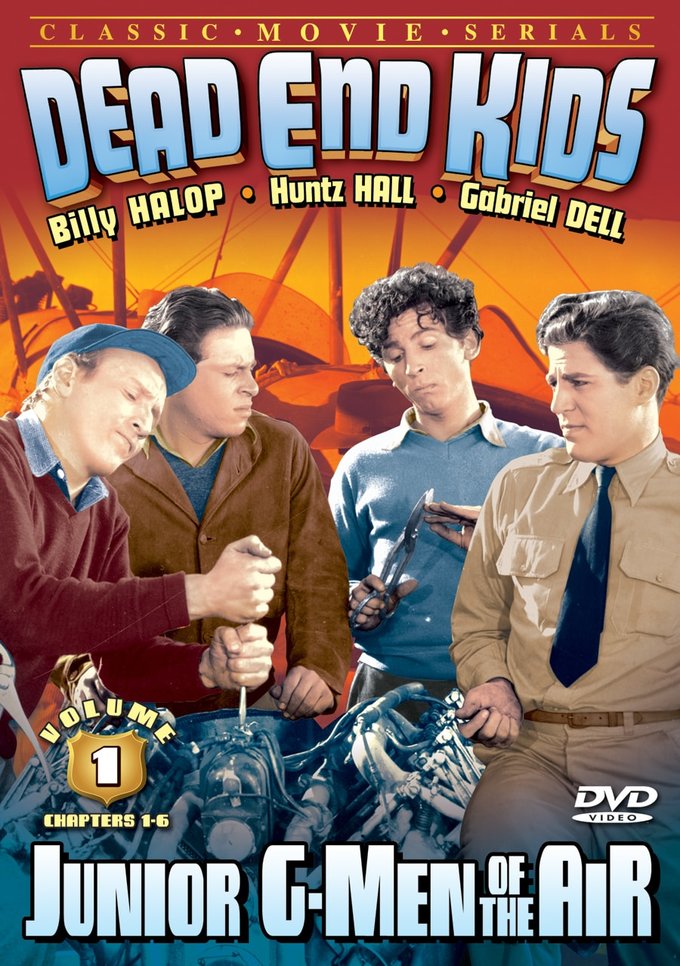 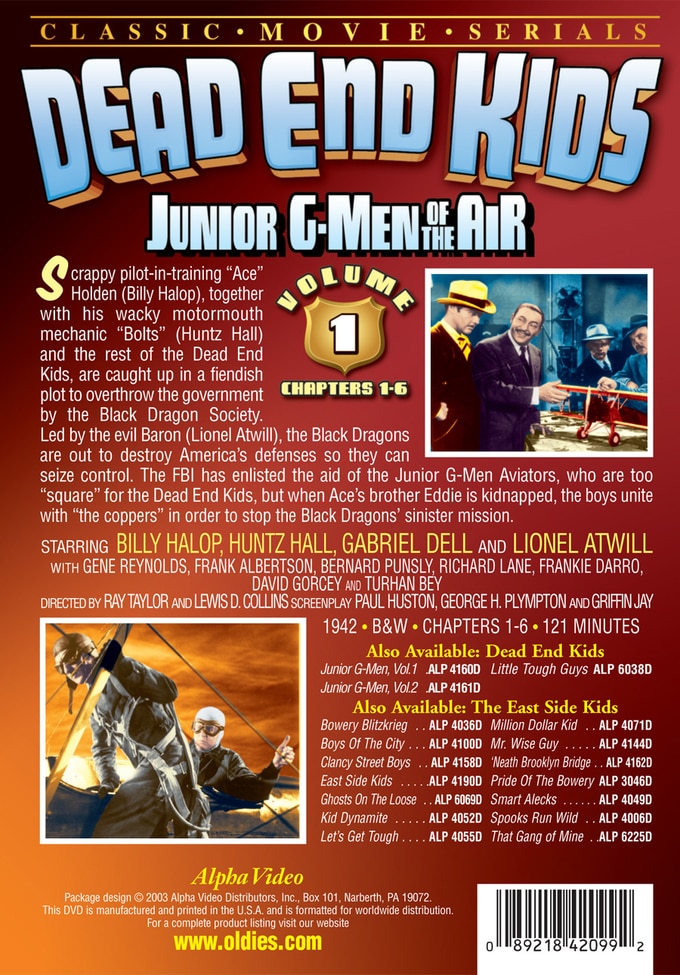 Scrappy pilot-in-training "Ace" Holden (Billy Halop), together with his wacky motormouth mechanic "Bolts" (Huntz Hall) and the rest of the Dead End Kids, are caught up in a fiendish plot to overthrow the government by the Black Dragon Society. Led by the evil Baron (Lionel Atwill), the Black Dragons are out to destroy America's defenses so they can seize control. The FBI has enlisted the aid of the Junior G-Men Aviators, who are too "square" for the Dead End Kids, but when Ace's brother Eddie is kidnapped, the boys unite with "the coppers" in order to stop the Black Dragons' sinister mission.

Billy, the leader of the Dead End Kids learns that his father is being held captive by The Flaming Torch--an organization bent on destroying the United States! Now, it's up to Billy and the rest of the gang--and the Feds--to put an end to the slimy organization and rescue Billy's dad--and save the United States from impending doom. Contains Episodes 1-6.