Terror Creatures From The Grave 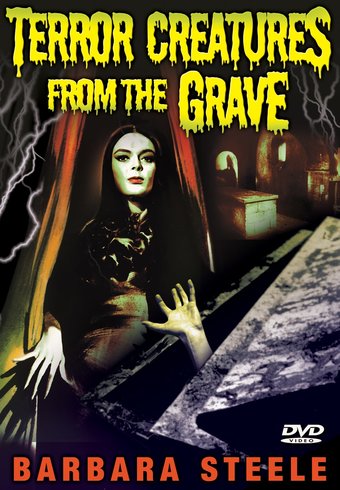 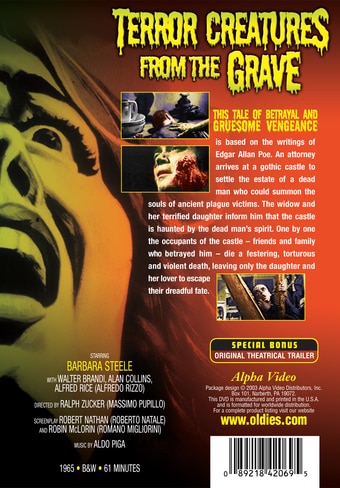 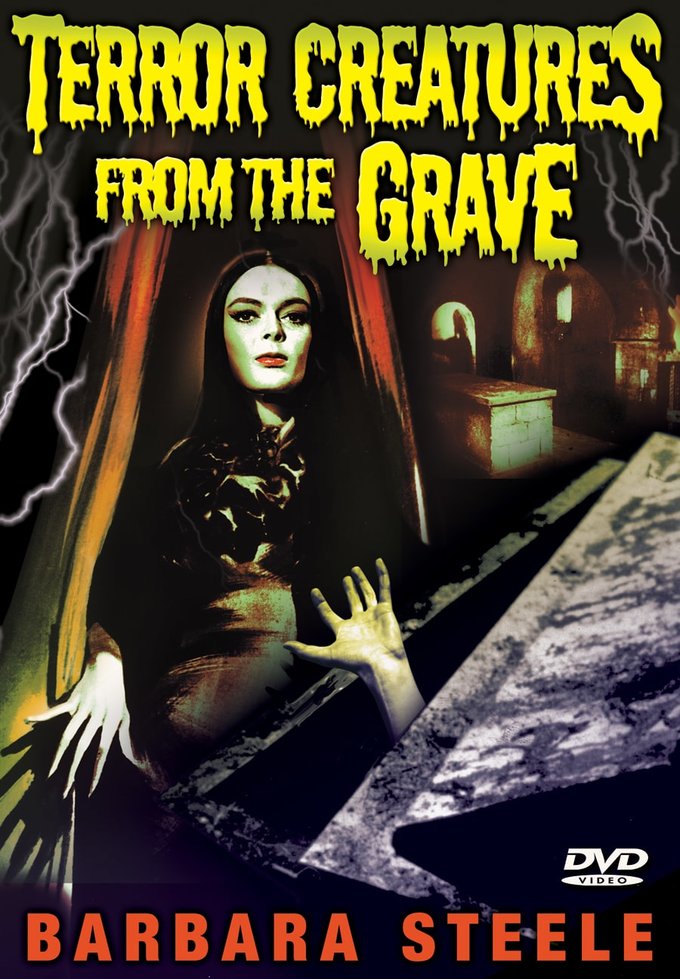 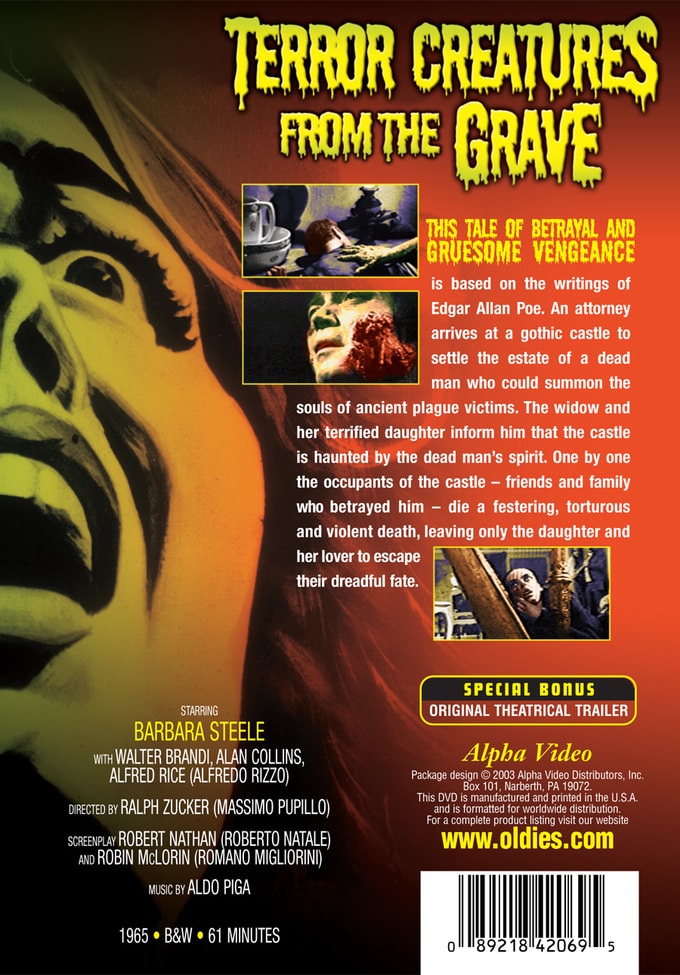 This tale of betrayal and gruesome vengeance is based on the writings of Edgar Allan Poe. An attorney arrives at a gothic castle to settle the estate of a dead man who could summon the souls of ancient plague victims. The widow and her terrified daughter inform him that the castle is haunted by the dead man's spirit. One by one the occupants of the castle - friends and family who betrayed him - die a festering, torturous and violent death, leaving only the daughter and her lover to escape their dreadful fate.

When his wife and his business partners murder him, a man comes back from the grave with an army of zombies for revenge.

Vengeance | Zombies | Murder | Theatrical Release
This product is made-on-demand by the manufacturer using DVD-R recordable media. Almost all DVD players can play DVD-Rs (except for some older models made before 2000) - please consult your owner's manual for formats compatible with your player. These DVD-Rs may not play on all computers or DVD player/recorders. To address this, the manufacturer recommends viewing this product on a DVD player that does not have recording capability.

25%off
The Blancheville Monster
$5.95 on Sale
Add to Cart

Customer Rating:
Based on 1073 ratings.


This is a good little chiller, well dubbed and with cool fx, however, it is let down by the rather weak ending! I would still buy this if you like Italian Chiller's and films starring Barbara Steele.

The package says this movie is 61 minutes, it is in fact an hour and twelve minutes. A minor consideration for most but nonetheless it makes you wonder who's in charge around here.

Read the Oldies dot com description above and you will think this is sort of action packed the truth is all the stuff described above happens in the last twelve minutes.

That having been whinned about-this is one super Italian creepfest.
The Oldies version has Ameircanized actors and directors names on the titles but the package list their true Italizized identities.
It is a letterbox version to match the orginal and like I said very creepy.

The atmosphere throughout is one of a true gothic horror flick with lots of storms, a haunted castle, a black plague of flesh eating bacteria,wierd Italian chicks hinting at naughtiness and a real mystery as to wheather or not the good doctor could raise the dead before he died or not.
Wonderfully photographed and well played.
One interesting anacronisim. This is set in rural Italy about 1913. Telephones are readily available to anyone who wants to use them. Bell is said to have invented the phone a mere twenty five years previous, however it should be noted that in 2002, the U.S. House of Representatives insisted Italian immigrant Antonio Meucci invented a telephone device before Bell

There are some gruesome scenes which back in the day were probably considered "too much", like the entrails of a suicide still writhing in his fresh wound and the flesh eating bacteria ridden hand collection coming to life but you would have to be extra virgin before they would be considered "too much" by today's standards.
I strongly suggest you get this one. I have already seen it twice and I just got the DVD today.

Thanks for staying up late.
Dixon