Mojo (Publisher): 3 stars out of 5 - "[I]t's good to hear such scabrous, punishing beats at a time when they're the last things on most groups' minds..." 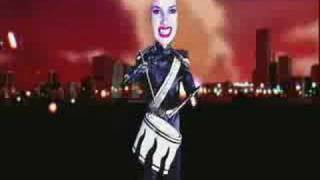 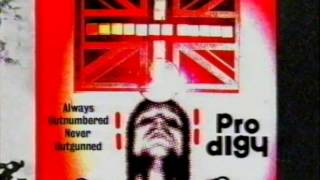 Entertainment Weekly - p.76
"Howlett's infatuation with maximum-overdrive big beats and fire-alarm chaos endures on ALWAYS OUTNUMBERED, NEVER OUTGUNNED; his tracks are on perpetual orange-level alert." - Grade: B-
Mojo (Publisher) - p.92
3 stars out of 5 - "[I]t's good to hear such scabrous, punishing beats at a time when they're the last things on most groups' minds..."

Personnel: Liam Howlett (guitars, keyboards, drums); Neil McLellan (programming).
Audio Mixers: Liam Howlett; Neil McLellan.
After a seven-year break between studio albums, 2004's ALWAYS OUTNUMERED, NEVER OUTGUNNED returned the Prodigy to the ranks of the movers and shakers in mainstream electronica. From the record's lead-off track, "Spitfire," it is clear that group mastermind Liam Howlett (now essentially a one-man band) hasn't lost his touch--thunderous beats abet aggressive guitar, keyboards, and samples, while snaking melodies rise and fall, and actress Juliette Lewis screams a repeating vocal tag. This level of intensity rarely slackens over the course of the record.
In addition to its superior, high-end production, fist-pumping choruses, and insidiously propulsive rhythms (the undulating bass groove of "Hot Ride"--its refrain filched from Jimmy Webb's "Up, Up and Away"--is one of the highlights), ALWAYS OUTNUMBERED is graced by distinguished guests. Twista (reputedly one of the fastest rappers on earth) spits rhymes throughout "Get Up Get Off" at a mind-boggling pace. Oasis frontman Liam Gallagher takes a turn on the mic on "Shoot Down," and Kool Keith turns up on the aggro-electro-funk of "Wake Up Call." But it is Howlett's knob-twiddling that commands most of the attention here, sustaining the Prodigy's long-held claim to making some of the most meticulously constructed, brain-rattling club music around.

The Prodigy
Experience/Expanded
$19.90
Add to Cart

The Prodigy
Experience
$14.50
Add to Cart

The Prodigy
Experience/Expanded
$19.90
Add to Cart