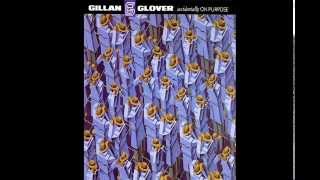 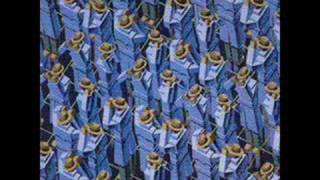 Includes liner notes by Michael Heatley.
All tracks have been digitally remastered using 24-bit technology.
Anyone that hadn't paid close attention to the post-Purple careers of Ian Gillan and Roger Glover may have been shocked by the sound of their 1988 reunion, Accidentally on Purpose. In fact, many Purple fans might be shocked as well, since Accidentally on Purpose is hardly reminiscent of any of the group's records, relying almost entirely on synthesizers, pop melodies, introspection and breezy rhythms. It's state-of-the-art album-rock for 1988 that manages to incorporate homages to their roots while illustrating that they had a broader stylistic sweep than anyone expected -- a hat trick that is the last thing most observers would have expected from two dyed-in-the-wool hard rockers. What's even more surprising is that it's easily one of the most charming recordings either musician has made, especially in the latter half of their careers. True, the album suffers from dated production -- the reliance on drum machines and DX-7 synths may overwhelm the actual music for some listeners -- but that's part of the charm. For all of its gloss and session musicians, Accidentally on Purpose is a home-spun record, and the mannered, synthesized production makes it feel like the personal work of two musicians. Even though it starts off on a surprisingly intimate note with "Clouds and Rain," the biggest revelation of the album is that it proves that Gillan and Glover are capable of doing things other than hard rock and doing them quite convincingly. There is a surprisingly broad range of styles here -- not just hard rock, but sunny tropical pop on "She Took My Breath Away" and "Cayman Island," roadhouse R&B on their cover of Lloyd Price's "Can't Believe You Wanna Leave," dense horn-spiked pop/rock "Dislocated," blues on "I Thought No" and synthesized roots rock on "Via Miami," which sounds uncannily like new wave Dave Edmunds. It all holds together because it sounds as if the duo is having a blast. It's the most relaxed record either of them cut; they both sound delighted to be able to stretch out and try other kinds of music. As such, it might not be the most representative album they have recorded, since it's a departure from the patented Purple sound. But in another way, it's the most representative of Gillan and Glover as fans and musicians, since this heartfelt, unabashedly enjoyable album captures them unguarded like no other they have ever recorded. ~ Stephen Thomas Erlewine

Ian Gillan
Before The Turbulence
$12.30 CD Sale
Add to Cart