In the film that spawned the series, a trouble-making street gang tries to save an innocent man from being executed. 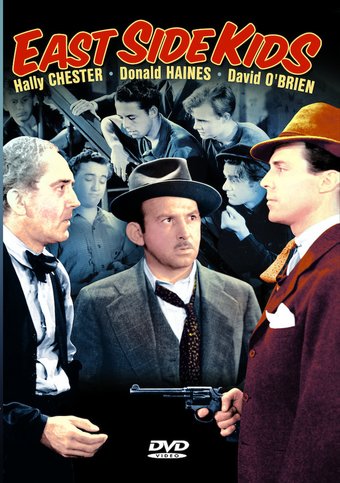 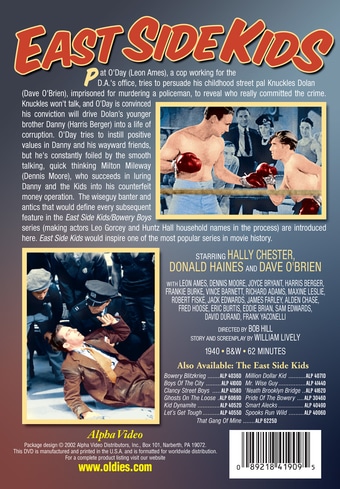 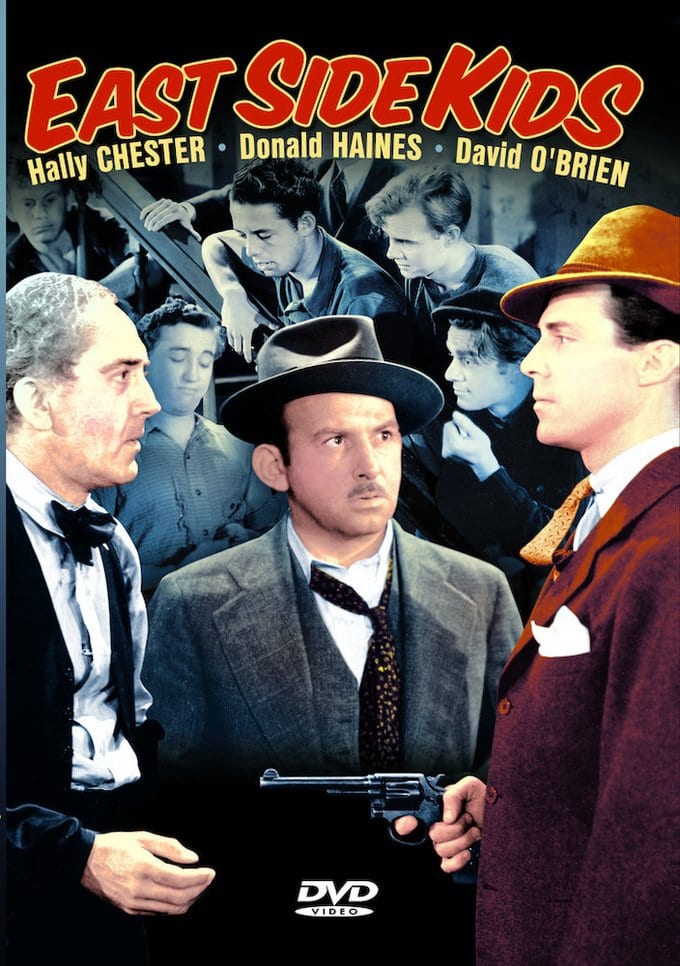 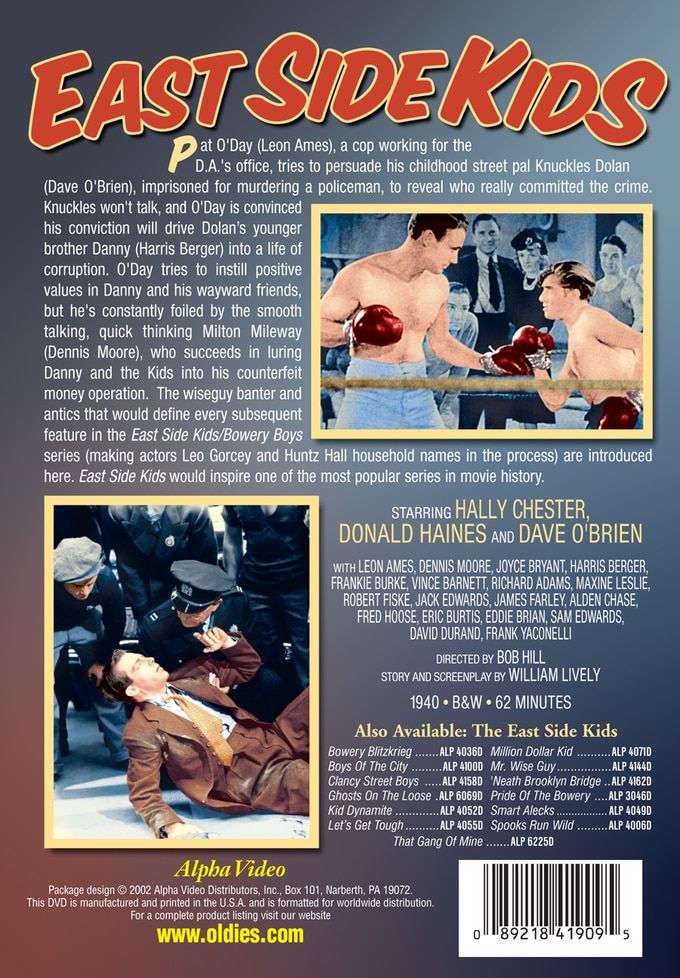 Pat O'Day (Leon Ames), a cop working for the D.A.'s office, tries to persuade his childhood street pal Knuckles Dolan (Dave O'Brien), imprisoned for murdering a policeman, to reveal who really committed the crime. Knuckles won't talk, and O'Day is convinced his conviction will drive Dolan's younger brother Danny (Harris Berger) into a life of corruption. O'Day tries to instill positive values in Danny and his wayward friends, but he's constantly foiled by the smooth talking, quick thinking Milton Mileway (Dennis Moore), who succeeds in luring Danny and the Kids into his counterfeit money operation. The wiseguy banter and antics that would define every subsequent feature in the East Side Kids/Bowery Boys series (making actors Leo Gorcey and Huntz Hall household names in the process) are introduced here. East Side Kids would inspire one of the most popular series in movie history.

The East Side Kids in their first feature, sans Leo Gorcey. The boys look for the real killer when one of them is framed for murder.