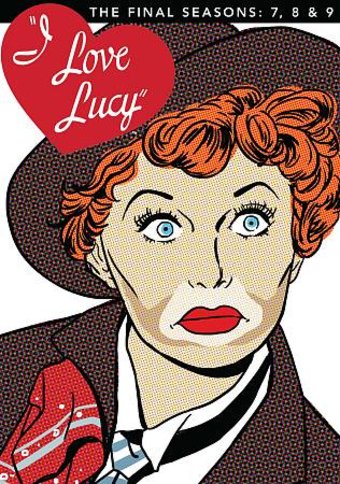 I LOVE LUCY debuted in 1951 and quickly set a new standard for situation comedy with its well-crafted plotlines, live tapings, multiple camera angles, and one of the finest ensemble casts in television history. Centered around the domestic life of zany redhead Lucy Ricardo (Lucille Ball) and her Cuban-born husband Ricky (Lucy's real-life spouse Desi Arnaz), the series also broke the cultural taboos of the whitebread 1950s by featuring an interracial marriage and a female lead who was less than the obedient housewife. Indeed, it was Lucy's neverending quest to muscle in on her husband's show business career--often with the help of meddlesome next-door neighbors Fred (William Frawley) and Ethel Mertz (Vivian Vance)--that provided the show its main comedic thrust and continues to lend it a timelessly classic appeal.

This collection presents the series' unofficial seventh, eighth, and ninth seasons, which were really one-hour specials that continued the I LOVE LUCY show after its final run in 1957. The specials found the couple moving from New York to Connecticut and travelling around the world for Ricky's musical career, leading to lots of typically wacky Lucy exploits.

The Facts of Life: The Complete Series
$100
Add to Cart