Maciste must descend into the depths of hell to rescue his friends from a legendary witch. 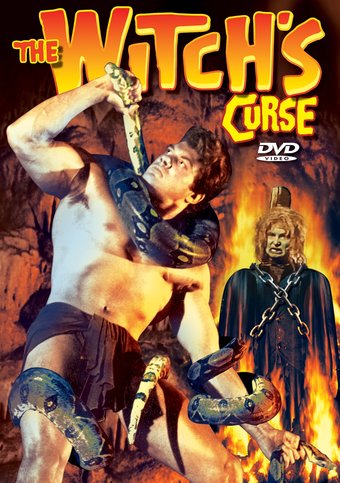 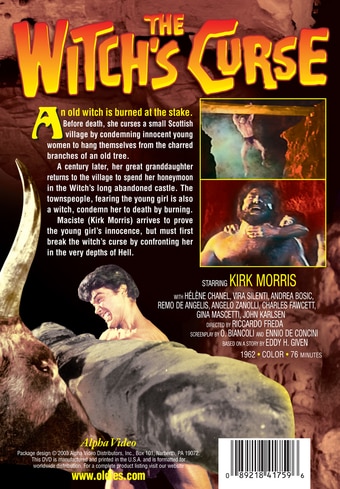 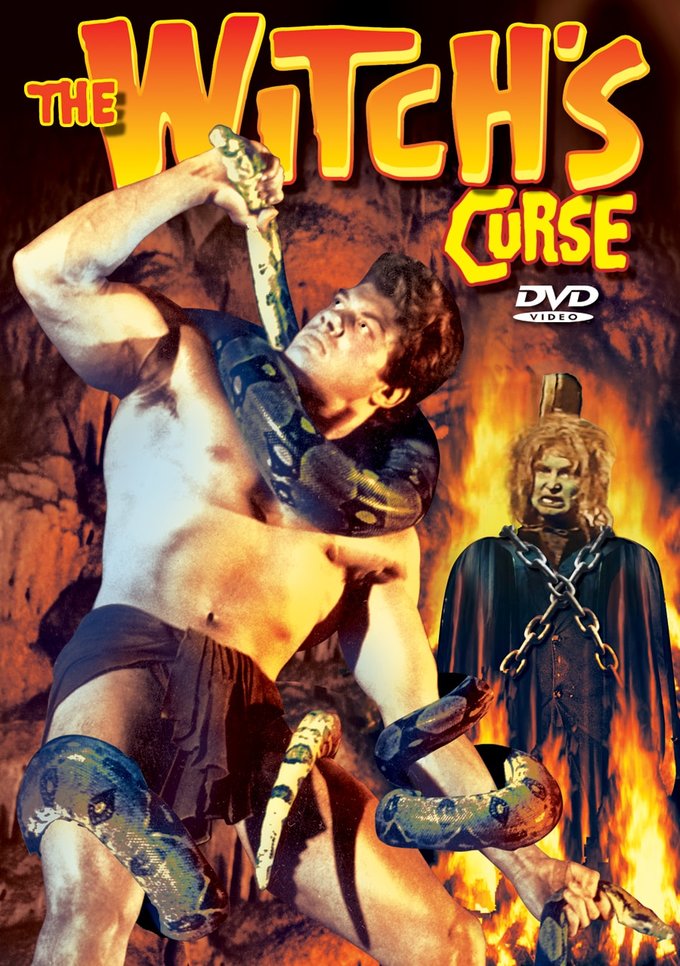 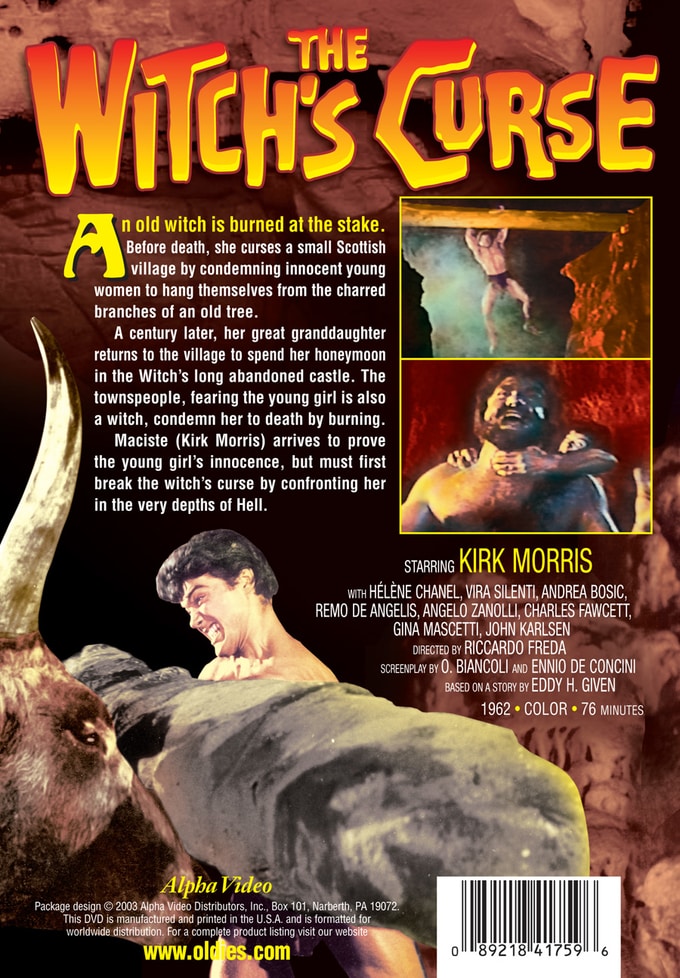 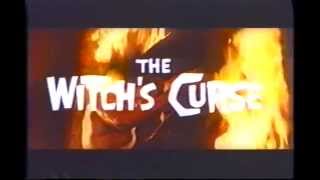 An old witch is burned at the stake. Before death, she curses a small Scottish village by condemning innocent young women to hang themselves from the charred branches of an old tree. A century later, her great granddaughter returns to the village to spend her honeymoon in the Witch's long abandoned castle. The townspeople, fearing the young girl is also a witch, condemn her to death by burning. Maciste (Kirk Morris) arrives to prove the young girl's innocence, but must first break the witch's curse by confronting her in the very depths of Hell.

A well-made Italian fantasy in which Maciste, son of Samson, goes to Helll and fights an evil witch who has cursed the world.

The Chronicles of Narnia: The Lion, The Witch, and the...
$5.80 Super Savings
Add to Cart

Curse of the Crimson Altar
$9.10 Super Savings
Add to Cart

Customer Rating:
Based on 490 ratings.


You will enjoy this movie a lot more if you don't read this.

Here's what happens. A couple go to someplace which looks as unlike anything in Scotland as you can imagine for thier honeymoon.They encounter a bat. Candles blow themselves out,which the husband blames on the bat. A man who looks like he might play Doctor Who someday wanders into a bar and discloses that the girl is the great grandaughter of the witch which was burned a hundred years ago in this very village.
The barmaid gets hysterical and causes a rampaging mob of villagers to attack and sieze the young woman and her husband, but they let him go. Suddenly and for reasons which are never made clear Maciste a Roman hero and possibly a son of Hercules rides into the village (on a horse I dubbed "Anachronisim"). Maciste then uproots an old tree and goes to hell and gets involved in some mildly homoerotic scenes, meets a girl who turns out to be the witch, kills her (a hundred years after she was already killed ("Hey-where did you expect me to go - Detroit?")) and saves the day.

This all makes a little more sense when you know that Maciste played by Kirk Morris is a serial character who was featured in about a half dozen films, most of which were set 1500 years prior to his arrival in "Scotland". This part remains unexplained.

Hell is made of styrofoam.

Kissing a witch will turn her into dust.

Congigal visits are allowed for witches about to be burned.


Italian hero descends into Hell via tree stump in Scotland

First off, if you’re wondering if this is as good as “Hercules in the Haunted World”, I’ll say it right off: it’s not. It’s lacking two ingredients that made that film special: Christopher Lee and Mario Bava. That being said, however, this is still a fun little sword-and-sandal film from Italy. Kirk Morris makes an acceptable (if incongruous) hero, showing up in Scotland (all the way from Italy? - “I was in the neighborhood…”) to save an accused witch by descending into hell. I think it’s a bit silly how often some shots focus on his bulging muscles, straining at lifting/pushing/pulling Styrofoam rocks and the like. Also, while it’s not as visually impressive as Haunted World, there are still some striking images and a few disturbing representations of hell. Give it a chance; if you like this sort of thing and don’t mind the dubbing, you’ll have a good time.