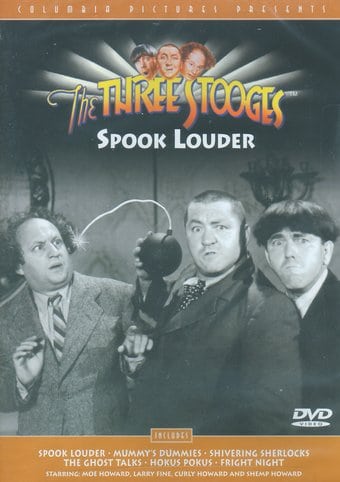 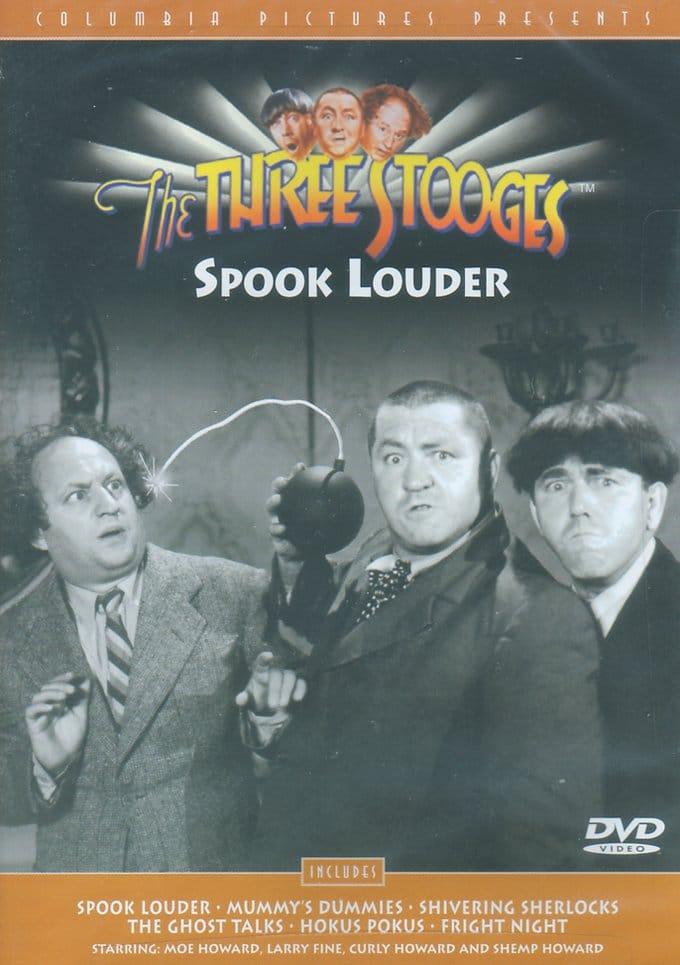 Six classic shorts on one disc from legendary comedy team The Three Stooges!

Spook Louder (1943): Traveling salesmen The Three Stooges meet their toughest customers when an inventor hires them to guard his spooky home while he is away. Things get really grim when three spies disguised as monsters show up.

Mummy's Dummies (1948): The Smiling Egyptians is a used-chariot lot run by the Stooges in ancient Egypt. Business is booming until they make the mistake of selling a lemon to the chief of the palace guard, which lands them in hot water with the king.

Shivering Sherlocks (1947): When an armored car robber strikes, the Stooges are rounded up for interrogation. A cafe owner vouches for them and they are freed, but it isn't long before they come face to face with the bloodthirsty robber and his hatchet man.

The Ghost Talks (1949): The Stooges have a job to do but it isn't going to be easy. Their job is to remove a suit of armor from the Smorgasboard Castle. The problem? The armor doesn't want to leave until the ghost of Lady Godiva returns for their rendezvous! (Portuguese audio not available)

Hokus Pokus (1949): A beautiful con artist uses Moe, Larry and Shemp as character references in her scheme to defraud an insurance company. But when a famed hypnotist casts a spell on the Stooges, no one can insure what happens next!

Fright Night (1947): In Shemp's first short as a member of the Stooges, the three are trainers at Muscle Manor, a macho gym for boxers. When a gangster threatens them, they use cream puffs - including a live one! - to soften the champ up for the losing.

A compilation of six shorts featuring the Stooges in all their slapstick glory. "Spook Louder" has the boys hired as caretakers in the house of an eccentric scientist. In "Mummy's Dummies" Moe, Larry, and Shemp are chariot salesmen who wind up getting engaged to the Pharoah's daughter. "Shivering Sherlock" has the boys wrapped up in an armed robbery. In "The Ghost Talks" the Stooges are movers trying to transport a haunted suit of armor. "Hokus Pokus" has the boys trying to cure a friend's paralysis through hypnotism, and "Fright Night" has the Stooges managing a boxer who the mob wants to lose the big fight. Classic madcap humor from the masters.