Entertainment Weekly: "On the singer-pianist's latest, producer T Bone Burnett surrounds her with a comfy-thick blanket of guitars." 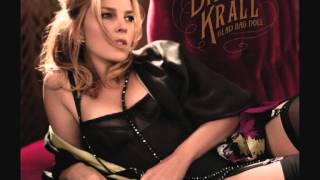 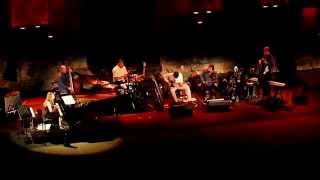 Entertainment Weekly - p.75
"On the singer-pianist's latest, producer T Bone Burnett surrounds her with a comfy-thick blanket of guitars."
Q (Magazine) - p.99
3 stars out of 5 -- "Krall's signature smoky hues were made for their beguiling alt-country interpretation of 'Lonely Avenue' and honky-tonk take on R&B ditty 'I'm A Little Mixed Up.'"
Mojo (Publisher) - p.90
4 stars out of 5 -- "GLAD RAG DOLL breaks intriguing new ground for a hitherto smooth operator."

Audio Mixer: Mike Piersante.
Recording information: Avatar Studios, New York, NY; The Village, West Los Angeles, CA.
Editor: Mike Piersante.
Illustrator: Edwin Fotheringham.
Photographer: Mark Seliger.
For only the second time in her career, jazz pianist and vocalist Diana Krall deviates from her tried, true m.o. of covering easily identifiable jazz standards. On Glad Rag Doll she teams with producer T-Bone Burnett and his stable of studio aces. Here the two-time Grammy winner covers mostly vaudeville and jazz tunes written in the 1920s and '30s, some relatively obscure. Most of the music here is from her father's collection of 78-rpm records. Krall picked 35 tunes from that music library and gave sheet music to Burnett. He didn't reveal his final selections until they got into the studio. Given their origins, these songs remove the sheen of detached cool that is one of Krall's vocal trademarks. Check the speakeasy feel on opener "We Just Couldn't Say Goodbye," with Marc Ribot's airy chords, Jay Bellerose's loose shuffle, and Dennis Crouch's strolling upright bass. Krall's vocal actually seems to express delight in this loose and informal proceeding -- though her piano playing is, as usual, tight, top-notch. The shimmering sentimental nocturnal balladry there gives way to swing in "Just Like a Butterfly That's Caught in the Rain," which stands out because of the interplay between Ribot's ukulele, a pair of basses, and Bellerose's brushes. Krall's vocal hovers; she lets the melody guide her right through the middle. On the title cut, her only accompanist is Ribot on an acoustic guitar. Being the best-known tune in the bunch, it's easy to compare this reading with many others, but Krall's breathy vocal fully inhabits the lyric and melody and makes them her own. A few tracks stand apart from the album's theme. There's the modern take on Betty James' rockabilly single "I'm a Little Mixed Up," which allows Burnett to indulge himself a little and showcases a rarity: Krall playing rock & roll piano. The atmospheric reading of Doc Pomus' "Lonely Avenue" is somewhat radical, but is among the finest moments here. Burnett gets his obligatory reverb on here, but the weave of his and Ribot's guitars (and the latter's banjo) and the mandola by Howard Coward (Elvis Costello in one of several guest appearances) is arresting. The arrangement also contains an odd yet compelling reference to Miles Davis' "Right Off (Theme from Jack Johnson)"; Krall's piano solo is rife with elliptical, meandering lines and chord voicings. But vocally she gets inside the tune's blues and pulls them out with real authority. Glad Rag Doll is not the sound of Krall reinventing herself so much as it's the comfortable scratching of an old, persistent itch. The warmth, sophistication, humor, and immediacy present on this set make it a welcome addition to her catalog. ~ Thom Jurek

Diana Krall
The Girl in the Other Room
$18.10
Add to Cart

Diana Krall
From This Moment On
$18.10
Add to Cart

Diana Krall
Only Trust Your Heart
$28.70
Add to Cart