In crime and comedy, timing is everything. 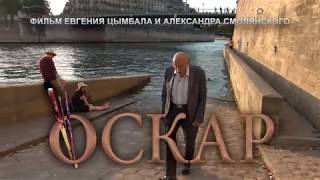 Sylvester Stallone stars as famed mobster Angelo "Snaps" Provolone, who promises his dying father (Kirk Douglas) that he will hang up his tommy gun and lead a kinder, gentler life. However, on the day Snaps is to start his legitimate career in banking, he gets derailed by a spate of family emergencies. It all begins when Snaps's accountant suddenly declares his intention to wed the ex-gangster's daughter (Marisa Tomei)--but he's not the only prospective husband banging at Snaps's door. Then, just to complicate matters, his daughter announces she's pregnant. Later, a young stranger arrives, claiming to be Snaps's daughter--which is news to him. And that's just the beginning of the confusion in this madcap farce from esteemed comedy director John Landis.

In this remake of a french farce, Sylvester Stallone stars as notorious 1930s mobster Angelo "Snaps" Provolone. When Angelo promises his dying father (Kirk Douglas) that he will give up the gang life for a respectable career, his plans go haywire in this witty comedy of errors. The minute that Angelo begins his attempt to go straight, family emergencies overtake his household. His accountant, Anthony (Vincent Spano), admits to robbing the family at the same time that he asks for Snaps's daughter Lisa's (Marisa Tomei) hand in marriage. Lisa lies to Angelo and tells him she's pregnant by the now-defunct family chauffeur, Oscar (Jim Mulholland). Anthony soon discovers that his true love is actually the maid, Theresa (Elizabeth Barondes), who pretended to be Lisa Provolone to impress her money-grubbing boyfriend. And this series of misunderstandings and suberfuge is just the beginning as the house is overrun with madcap cops, hit men, rival gangsters, henchmen, long-lost loves, elocution teachers, and much more, all while Angelo is trying to make sense of his new life.