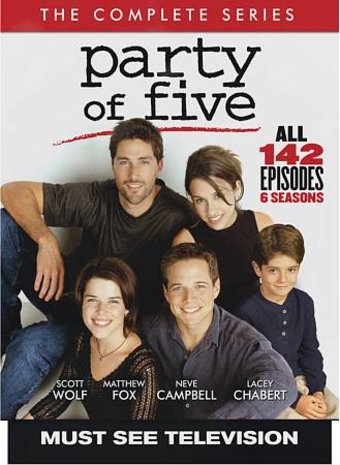 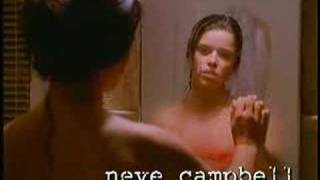 Debuting September 12, 1994, the long-running Fox drama series PARTY OF FIVE revolved around the many trials and tribulations of the five Salinger siblings, who at the outset of the story were orphaned when their parents were killed in an auto accident. Matthew Fox headed the cast as oldest brother Charlie Salinger, appointed legal guardian of his younger brothers and sisters at the age of 24. Before striking out on his own, Charlie held down jobs both day and night to keep his family together, at one point laboring away as a bartender at the San Francisco restaurant once owned by his late father. The other Salinger "kids" were, in descending age order, family treasurer and problem-solver Bailey (Scott Wolf, overly sensitive Julia (Neve Campbell), musically gifted Claudia (Lacey Chabert), and baby brother Owen, played as an infant by twins Brandon and Taylor Porter and from age five onward by Jacob Smith). In addition to literally growing up before our eyes, the Salingers also experienced innumerable romantic attachments. Early in the series' run, Charlie became engaged to graduate student Kirsten Bennett (Paula Devicq), who'd been hired as nanny for the youngest kids. Only when the series was coming to an end did Charlie and Kirsten finally bow to the inevitable and become husband and wife (and ultimately, parents). In the interim, Charlie had an affair with the reckless Daphne Jablonski (Jennifer Aspen), who bore him a daughter named Diana; and Kirsten was briefly and unhappily married to Dr. Paul Thomas (Tim Dekay). Meanwhile, Charlie's brother Brandon suffered through a number of desultory romances, the longest of which was with Sarah Reeves (Jennifer Love Hewitt). In the later seasons, Brandon and Sarah would assume custody of his brother Owen, and on her own Sarah looked after Natalie Mott (Allison Bertonelli), the abandoned daughter of Brandon's much-older "amour" Annie Mott (Paige Turco), whom he'd met while attending a meeting of Alcoholics Anonymous. Despite their lengthy relationship, Brandon and Sarah never married, and at the end of Season Four she left for New York--and incidentally, for her own spinoff series, TIME OF YOUR LIFE. As for sister Julia Salinger, she spent her terminal months in high school torn between two boyfriends, Justin Thompson (Michael Goorjian) and Griffin Holbrook (Jeremy London). Married for several seasons to the troubled Griffin, Julia at last ended up with faithful Justin, who like her had just emerged from an unhappy marriage. Among the high-profile actors who appeared in regular or recurring roles on PARTY OF FIVE were Carroll O'Connor as the Salinger kids' Grandpa Jacob, Scott Grimes as Brandon's best friend Will McCorkle, Megan Ward as Brandon's ill-fated high school girlfriend Jill Holbrook, Brenda Strong as Charlie's wrathful ex-lover Kathleen Eisely, Ever Carradine as Rosalie, Heather McComb as Maggie, Kyle Secor as Evan Stillman, Ben Browder as Sam Brody, Dan Lauria as Russ Petrocelli, and Thomas Ian Nicholas as Todd. Lasting six seasons, PARTY OF FIVE wrapped up its Fox run on May 3, 2000.

Party of Five - Flashback Favorites
$4.98 on Sale
Add to Cart