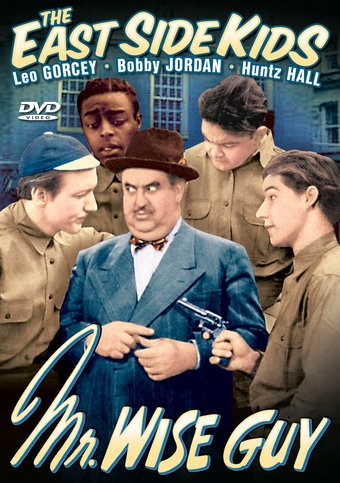 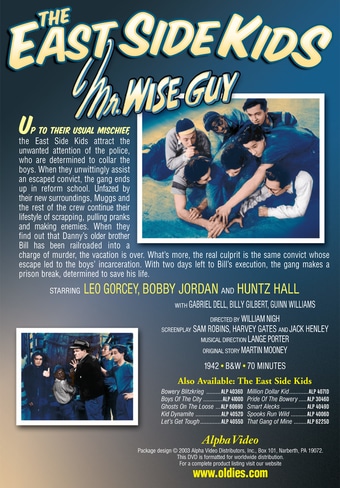 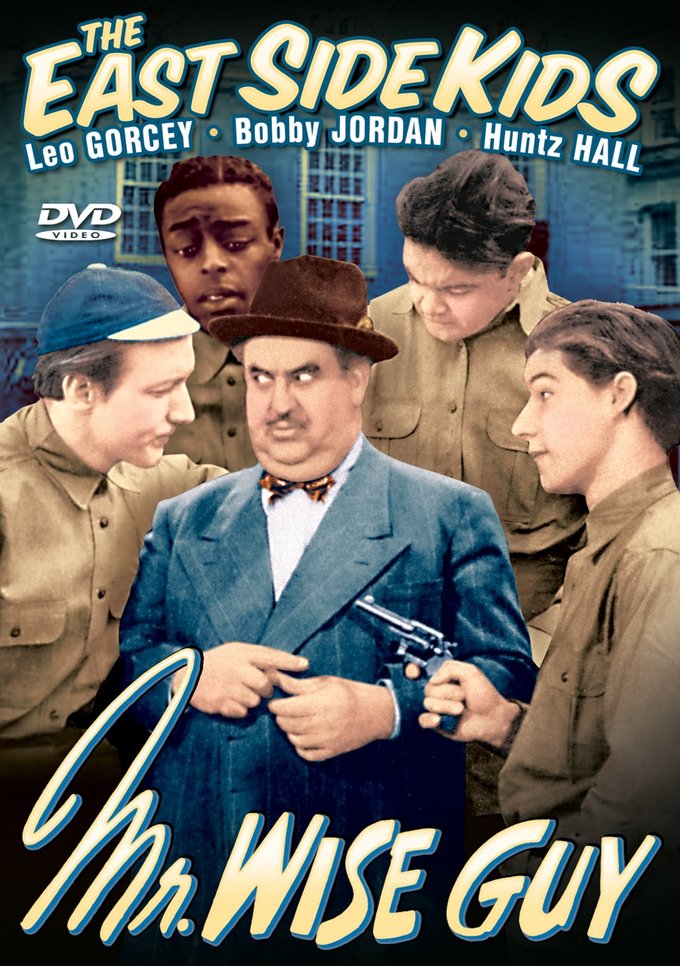 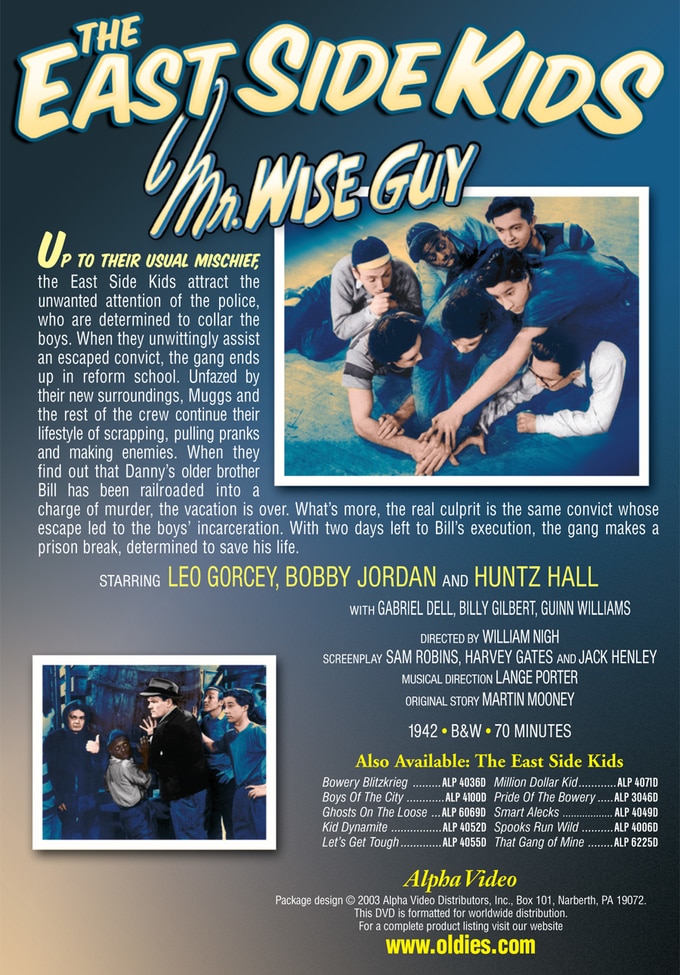 Up to their usual mischief, the East Side Kids attract the unwanted attention of the police, who are determined to collar the boys. When they unwittingly assist an escaped convict, the gang ends up in reform school. Unfazed by their new surroundings, Muggs and the rest of the crew continue their lifestyle of scrapping, pulling pranks and making enemies. When they find out that Danny's older brother Bill has been railroaded into a charge of murder, the vacation is over. What's more, the real culprit is the same convict whose escape led to the boys' incarceration. With two days left to Bill's execution, the gang makes a prison break, determined to save his life.

Framed for stealing a truck, the Kids are sent to reform school.

Series | Thieves | Gangs | Mishaps
This product is made-on-demand by the manufacturer using DVD-R recordable media. Almost all DVD players can play DVD-Rs (except for some older models made before 2000) - please consult your owner's manual for formats compatible with your player. These DVD-Rs may not play on all computers or DVD player/recorders. To address this, the manufacturer recommends viewing this product on a DVD player that does not have recording capability.

One of the better ESK films Movie Lover: Clifford Weimer from Sacramento, CA US -- November, 14, 2004


MR. WISE GUY was the eighth of the East Side Kids series from Monogram, and the most entertaining so far, if you don't mind overlooking a plot that's got more holes in it than Bonnie & Clyde's death car.

The Kids (consisting here of Dead End Kids Leo Gorcey, Bobby Jordan, and Huntz Hall, plus David Gorcey, "Sunshine Sammy", and the usual gang of hangers-ons) are sunbathing down at the waterfront, where they help a mug load a large barrel onto a truck. Unbeknownst to them, however, the barrel contains Guinn "Big Boy" Williams, who's just escaped from Blackwell's Island (and about time, too, inasmuch as in "real" life, NYC transported all the prisoners to nearby Riker's Island a decade earlier). Anyway, one thing leads to another, and the Kids are sent to reform school, Bobby Jordan'?s big brudder is framed on a murder rap and sent to Death Row, and "Big Boy" hides out with his moll (Ann Doran) and his gang, including Billy Gilbert. By the final reel, everybody's gotten together and worked everything out.

You watch movies like this to see the gang and enjoy the character actors in bit roles. Here you'll find Joan Barclay (SHADOW OF CHINATOWN) as big brudder's pretty girlfriend, Jack Mulhall (BURN-'EM-UP BARNES) as the helpful reform school warden, and Warren Hymer (MEET JOHN DOE) as a gangster. Also, Gabe Dell joins his former DEAD END co-stars in his first appearance in the East Side Kids series; he's a snotty guy they run into (and teach a lesson to) at the reform school.

Special mention goes to Billy Gilbert, whose comedy shticks are the highlight of the picture. As Big Boy's absent-minded gopher, he's way too good for the material he's given, and seems to just make up comic bits as he goes along. At one point, one of the Kids takes his gun from him and threatens to drill him if he "don?t talk." Gilbert says, "It's okay, I didn't load the gun. Let me show you." He takes the gun, opens the chamber, says, "Oh, yeah, I did load it. I forgot," closes the chamber, hands the gun back to the kid, and puts his hands back up.

You'll also find some of the usual East Side Kids buffoonery. Explaining how they're going to solve "da myst'ry," Leo Gorcey gestures to one of his cohorts and says, "You've heard a Charlie Chan? Well, dis is his stablemate, Charlie Horse." When Huntz Hall says he plans on being a writer someday, Gorcey retorts, "What are you gonna do? Write other people's names on checks?" We also learn in this movie that Gorcey, who plays "Muggs" McGinness in the series, has a given name of "Ethelbert", much to the delight of the other guys in the gang.

MR. WISE GUY, as a sample of a typical East Side Kids picture, is better than most. The Alpha DVD is good, too.