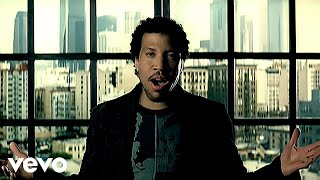 Photographer: Andrew MacPherson.
Lionel Richie's Icon, like many discs in the same-titled series covering other artists, is more like a sampler than a true anthology. It covers Richie's first solo album, released in 1982, through Coming Home, which was issued in 2006. No ten-track compilation could do right by Richie while covering 25 years of the singer's career. Far too many of Richie's most successful recordings are missing to make the disc recommendable. "Truly," "Running with the Night," and "Do It to Me" are all missing -- to name only three -- yet the non-charting "Cinderella" somehow made the cut. Some of the basics are here, including "You Are," "All Night Long (All Night)," and "Say You, Say Me." ~ Andy Kellman