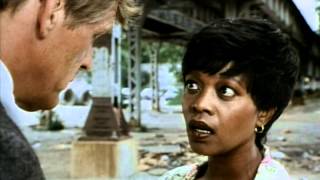 When a college basketball coach (Nick Nolte) has his first losing season, he must decide between his personal sense of values and the value of a winning team. Does he "buy" hot prospects and win, only to lose his self-respect' Featuring cameo appearances by real-life basketball legends Bobby Knight, Bob Cousy, Larry Bird and co-starring Shaquille O'Neal as "the find."

In the wide world of sports, college athletics is a high-powered game unto itself, plagued by political corruption, financial coercion and academic dishonesty. Such are the issues confronting dedicated coach Pete Bell who has come to the realization that no matter what he does, his team of underdogs can't win -- at least not without some new talent. After issuing a national search, Pete makes prospective players promises he knows he can't keep. Though he despises what he has to do, the new recruits prove worth their weight in gold and the answer to all coach Pete's prayers.