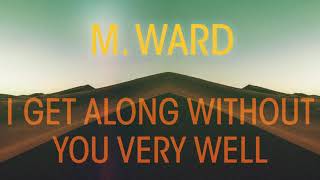 M. Ward - I Get Along Without You Very Well (Full Album Stream) (Music Video) 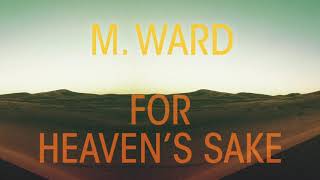 Think of Spring sees Matt Ward take a stab at the great American songbook with a homespun tribute to the great Billie Holiday, or to be more specific, her 1958 LP Lady in Satin. In keeping with his well-established analog vibe, Ward recorded most of the set on a Tascam four-track cassette recorder, and his rough-hewn croon and spectral strumming benefit from the smoky bloom of tape compression. Ward experimented with alternate tunings throughout the recording of the project, and it's impressive how he manages to bring bits and pieces of the original arrangements to the fore, even as he's redirecting the songs into uncharted territory. He does not attempt to emulate Holiday's idiosyncratic voice, but he retains her restrained cadence and tempo. While his laconic phrasing pairs well with the material, the sparse instrumentation -- no 40-piece orchestra here -- often lays bare his sometimes complicated relationship with pitch. Even so, it's evident that Ward is a fan, and he's an astute enough interpreter of the inherent lonesomeness of the songs that it's easy just to press play and get lost in the smoky ether. By electing to present these standards as bedroom folk songs, he taps into their vulnerability. "You've Changed" eschews elegance for last-call despair, while "I Get Along Without You Very Well" hews closer to Chet Baker's aching minimalist 1956 version. Arriving the same year as the quasi-concept LP Migration Stories, Think of Spring, with its lo-fi esthetic and ambling gait, is compelling at times but feels more like a lark than a passion project. ~ James Christopher Monger