A sister film to "Reefer Madness,"this unintentionally hilarious drama tells the story of wanton drug abuse among our youth. 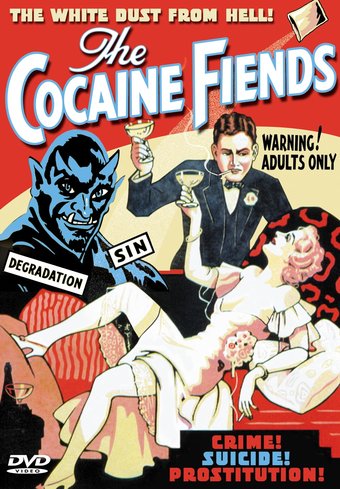 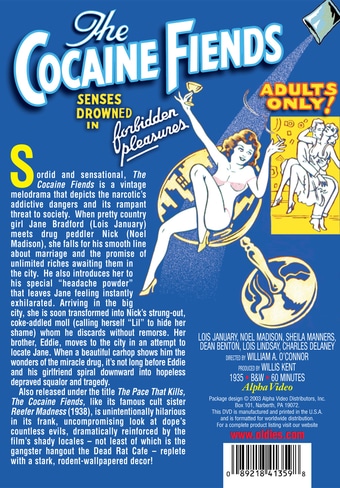 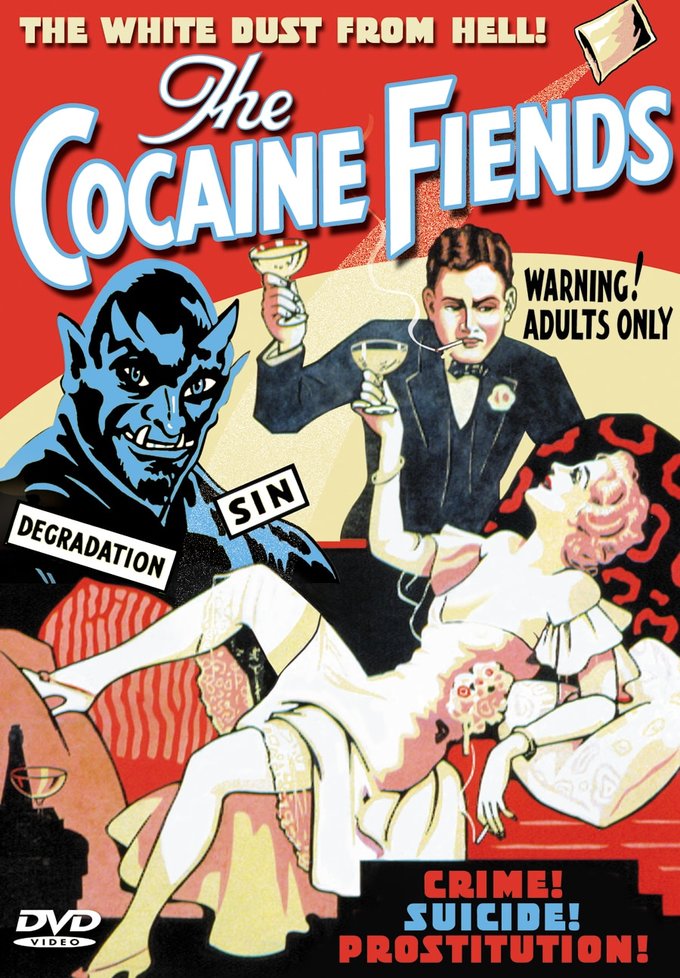 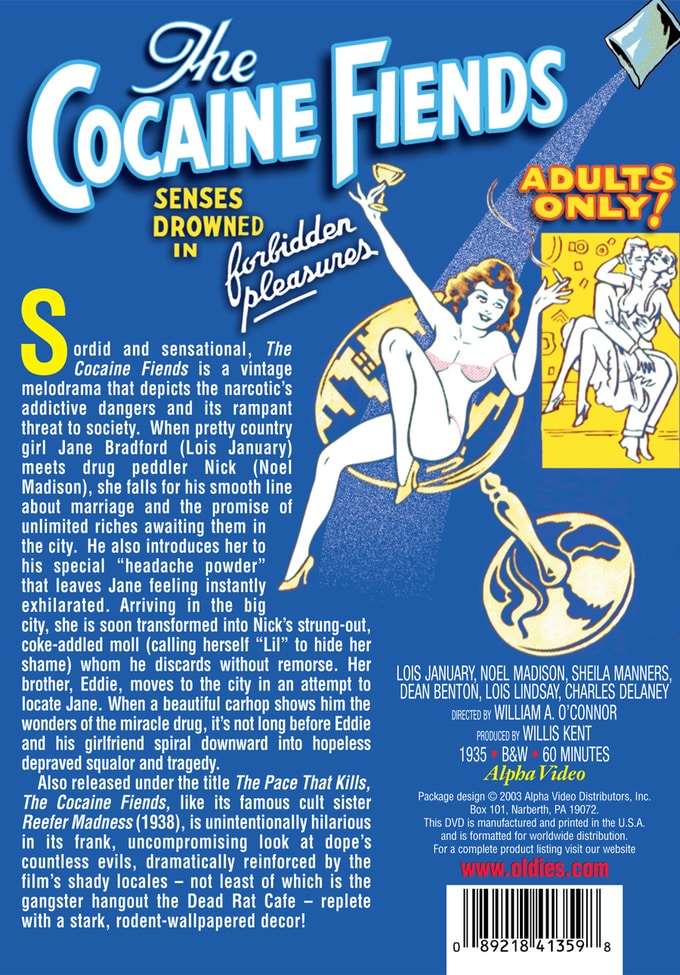 Senses Drowned In Forbidden Pleasures... Sordid and sensational, The Cocaine Fiends is a vintage melodrama that depicts the narcotic's addictive dangers and its rampant threat to society. When pretty country girl Jane Bradford (Lois January) meets drug peddler Nick (Noel Madison), she falls for his smooth line about marriage and the promise of unlimited riches awaiting them in the city. He also introduces her to his special "headache powder" that leaves Jane feeling instantly exhilarated. Arriving in the big city, she is soon transformed into Nick's strung-out, coke-addled moll (calling herself "Lil" to hide her shame) whom he discards without remorse. Her brother, Eddie, moves to the city in an attempt to locate Jane. When a beautiful carhop shows him the wonders of the miracle drug, it's not long before Eddie and his girlfriend spiral downward into hopeless depraved squalor and tragedy. Also released under the title The Pace That Kills, The Cocaine Fiends, like its famous cult sister Reefer Madness (1938), is unintentionally hilarious in its frank, uncompromising look at dope's countless evils, dramatically reinforced by the film's shady locales - not least of which is the gangster hangout the Dead Rat Cafe - replete with a stark, rodent-wallpapered decor!

Another early exploitation film on the subject of drugs in America. Disaster results when a brother and sister are lured into the evils of cocaine.

Campy | Cult Film | Tear Jerker | Substance Abuse | Exploitation | Road To Ruin
This product is made-on-demand by the manufacturer using DVD-R recordable media. Almost all DVD players can play DVD-Rs (except for some older models made before 2000) - please consult your owner's manual for formats compatible with your player. These DVD-Rs may not play on all computers or DVD player/recorders. To address this, the manufacturer recommends viewing this product on a DVD player that does not have recording capability.


Now I don't want to buck the judgement exactly on these anti drug morality plays turned out in the 30's as being hokey. There's a lot to poke fun at in some of them, like people going absolutely hyper nutsy wide-eyed speedballers over as little as a weed whiff, when in reality those who puff are more like M+M types. Marihuana-Mellowed.
But Cocaine Fiends, dispite the antique terminology then in use, is a damn good serious story in the morality reality of people messing themselves up when all they wanted was a good time. I'd say that this one was nothing to laugh at.


This is almost a scene for scene remake of a 1928 film called THE PACE THAT KILLS.
Lois January plays a girl from Smalltown USA who gets innocently hooked on cocaine when she falls for a guy from the Big City (Noel Madison)
who fakes being in love with her. Before you can say "plot complication" she is hooked and working as a singer in a rundown dive called The Dead Rat Club. One of the waiters there is also a singer and at one point does a song called "Towsie Mongolay" which must be heard to be disbelieved. His act gives the expression "rendering a song" a whole new meaning!
Lois' brother (Dean Benton) comes to the city to search for her but finds time to fall for a pretty waitress (Sheila Manners). She introduces him to cocain too ("It'll keep up your energy.") and quicker than you can say "Oh no, not twice in the same picture!" he too is an addict.
Now this is a short picture (62 minutes by my stopwatch) so Lois finds her brother, don't ask me how, and gives him money to go home and get cured of his addiction while she plots her revenge against the gang.
B movie fans will recognise Frank Shannon as one of the supporting players. He is best remembered as Dr. Hans Zarkov in the FLASH GORDON serials for Universal. Lois January could often be found in Poverty Row westerns. COCAINE FIENDS is not nearly as funny as REEFER MADNESS, but then what movie could be? Once you see this one, check out the silent original version, it's even tougher than this one!


Dull like a rusty knife. Could have been a lot more 'explotive and campy but hells bells this thing just lays there waiting for yet another character to fall prey to the demon of Cocaine.

Get one of the two Marajuana movies instead, much better. Weed with it's Root's in Hell has lots of neekidness and Reefer Madness is a cult classic.