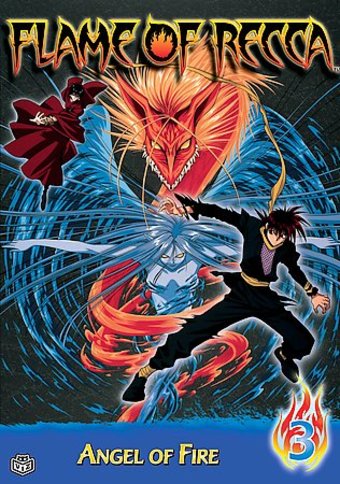 Recca is a 16-year-old high school boy who was born 400 years ago to a couple of Hokage ninjas. Inheriting the ability to create flame with his hands, Recca was destined to become the next clan master until the outbreak of a brutal war targeting all Hokage. Recca's mother used a forbidden technique to send him to the future and ostensible safety. Now, an unknown evil has followed him there and seeks to settle a centuries-old conflict with him. With his history unknown to him, Recca has nonetheless grown up obsessed with ninjas and taught himself their techniques; he has also gained a Hime, or princess, and sworn to be her ninja protector. In ANGEL OF FIRE, Recca's Hime Yanagi has been kidnapped, and as he searches for her he comes face to face with a string of evil adversaries with their own mysterious motivations, and slowly Recca uncovers the story of his own past.