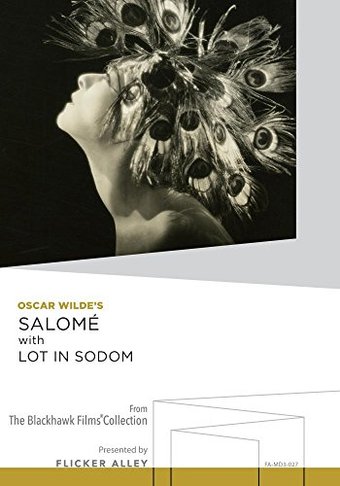 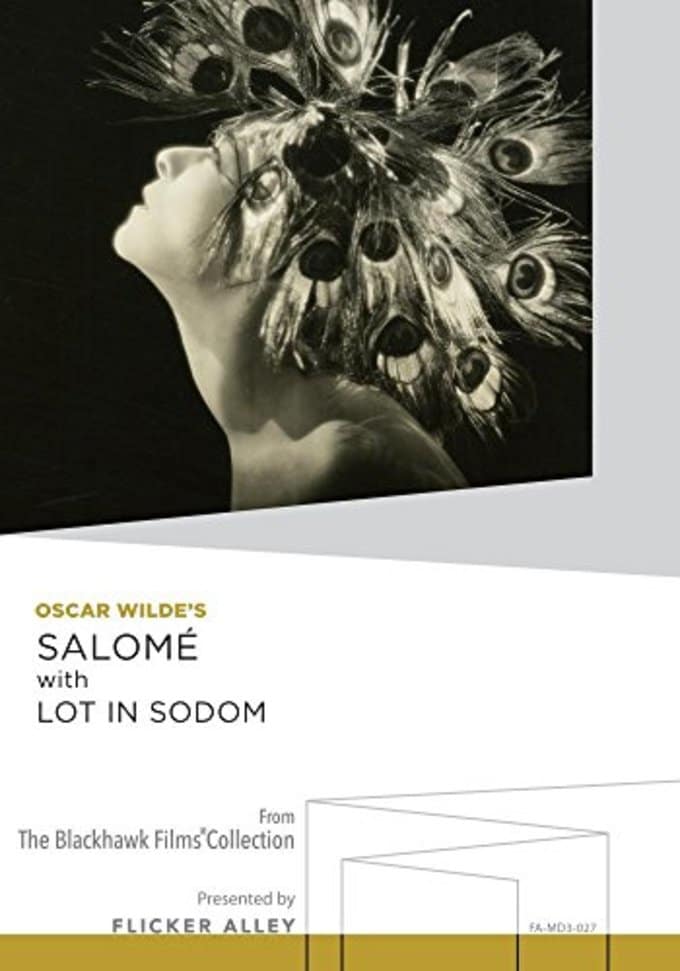 Alla Nazimova, the Russian-born, theater-trained actress decided, on the occasion of her contract release from Metro Goldwyn Mayer in 1921, to make films with merit. The second -- and last -- of these was Oscar Wildes controversial Salome. Her director was her husband, Charles Bryant. Her set and costume designer was the beautiful and capricious heiress Winifred Hudnet, later known as Natacha Rambova and the future Mrs. Rudolph Valentino (two months after the picture was finally released). While Madame Nazimova (all her co-workers addressed her as Madame) and Rambova attempted to follow Wildes play, they were more successful in recreating Aubrey Beardsleys sumptuously fantastic Asian-inspired illustrations which accompanied the first English edition of Wildes text. Salome (1923) loosely follows the biblical story of King Herod and his unbridled lust for his 14-year-old stepdaughter, Salome. Her arousal over and sexual baiting of the pious Jokanaan (a.k.a. John the Baptist) and subsequent rejection by him enrages the teenager. It is, of course, Salomes desire for Jokanaan that causes her to dance before Herod. She ultimately demands Jokanaans severed head to be presented to her -- her fee for an arousing performance. Lot in Sodom (1933) Directed by J.S. Watson Jr. and Melville Webber We are shown the orgies of the sodomites, semi-nude young men, fair of countenance and strong of limb, as they carry on their bacchanals. Pleasure and pain, ecstasy and despair, are mingled in these faun-like evil faces that glide like apparitions in a mist before us . . . I have never seen light manipulated so eloquently as in these expressive lights and shadows which sometimes form men or fragments of a body, sometimes coagulate into flowers or break up their particles into water -- and at all times make Lot in Sodom into a moving and arresting film. - Herman G. Weinberg, Close-Up, 1933 A Note On This Edition: Both Salome and Lot in Sodom are digitally mastered from excellent 35mm film elements. Salome includes all original titles, tints and tones; although a few segments show minor nitrate film deterioration; image quality is generally excellent. Salome also includes a choice of an orchestral score composed and conducted by Marc-Olivier Dupin and a score composed and performed by Silent Orchestra (Carlos Garza and Rick OMeara). Lot in Sodom has its original experimental soundtrack by Alec Wilder. Salome Year: 1923 Length: 74 minutes Director: Charles Bryant Starring: Alla Nazimova, Mitchell Lewis, Rose Dione, Arthur Jasmine, Nigel De Brulier, Earl Schenck Based Upon the Play by Oscar Wilde Written for the Screen by: Peter M. Winters (Pseud. for Alla Nazimova) Costumes and Settings: Natacha Rambova Photography: Charles J. Van Enger, A.S.C. Format: NTSC Lot in Sodom Year: 1933 Length: 27 minutes Directors: J.S. Watson Jr. and Melville Webber Starring: Frederick Haak, Hildegarde Watson, Dorothea House, Lewis Whitbeck Music and Sound: Alec Wilder Format: NTSC Produced for DVD by David Shepard From the Blackhawk Films Collection Presented by Flicker Alley

Silent | Vintage
This product is made-on-demand by the manufacturer using DVD-R recordable media. Almost all DVD players can play DVD-Rs (except for some older models made before 2000) - please consult your owner's manual for formats compatible with your player. These DVD-Rs may not play on all computers or DVD player/recorders. To address this, the manufacturer recommends viewing this product on a DVD player that does not have recording capability.