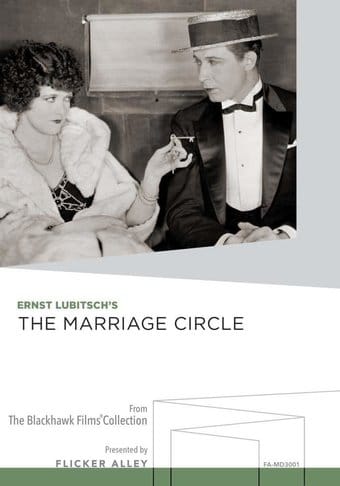 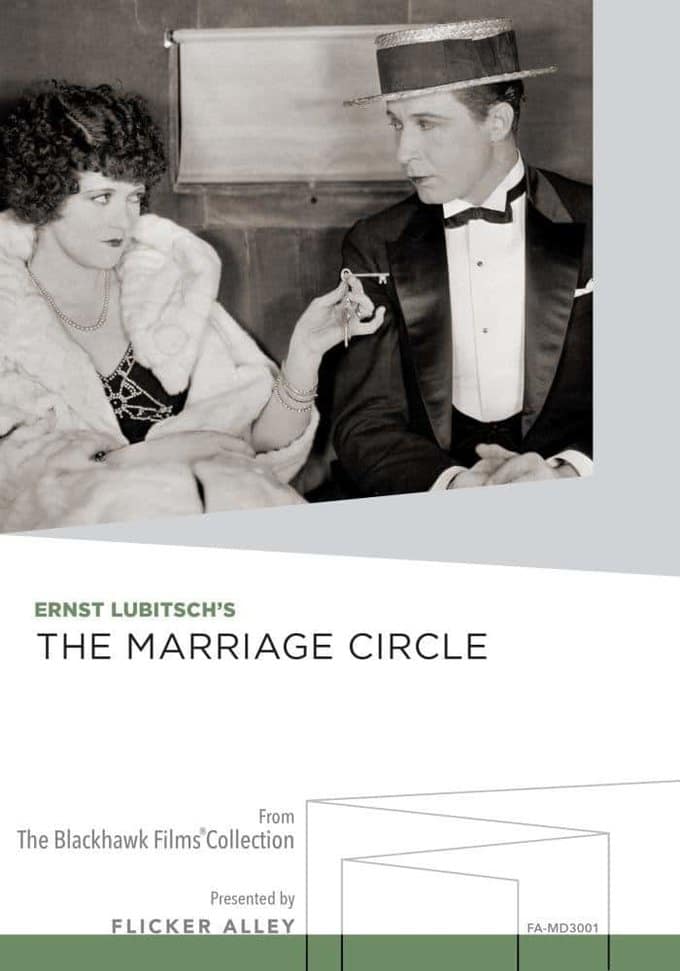 The tone is set from the opening scene as legendary director Ernst Lubitsch effortlessly sets up the duality of one perfectly happy marriage contrasted with another couple in a perpetual state of grimly endured misalliance. The Marriage Circle is full of scenes with a sense of unspoken formality, of a mutually antagonistic marital standoff that has been going on for years. The move/countermove rhythm slightly anticipates the slow, tit-for-tat rhythms of Laurel and Hardy, but instead of escalating toward physical destruction, Lubitsch freezes the emotional temperature at a quiet, indicative irony. Unlike real people, these characters never lose their control, which is the essence of their absurdity, the soul of their wit. Before this film, the audience could only see Lubitsch characters move; with The Marriage Circle, we begin to see them think. Before, there were large sets and hundreds of extras. Now, Lubitsch strips everything down to the essentials: a few actors, a car, a garden, a dining room, a staircase. Lubitschs German films, even the fine ones, tend to be brass bands - compelling, funny, but unavoidably loud. With The Marriage Circle, Lubitsch became the composer of the cinemas finest, most elegant chamber music. To see it in this glistening print derived from the original negative, with an appropriately lilting score by the Mont Alto Orchestra, is to fall in love with the movies - and Ernst Lubitsch - all over again. Excerpts from essay by Scott Eyman, author of Ernst Lubitsch: Laughter in Paradise (Johns Hopkins Press) and Print the Legend: The Life and Time of John Ford (Simon and Schuster) Year: 1924 Length: 85 minutes Director: Ernst Lubitsch Starring: Florence Vidor, Monte Blue, Marie Prevost, Creighton Hale, Adolphe Menjou Music: Compiled by Rodney Sauer and Susan Hall Format: NTSC Produced for DVD by David Shepard From the Blackhawk Films Collection Presented by Flicker Alley

Romance | Silent | Vintage | Racy | Infidelity | Divorce
This product is made-on-demand by the manufacturer using DVD-R recordable media. Almost all DVD players can play DVD-Rs (except for some older models made before 2000) - please consult your owner's manual for formats compatible with your player. These DVD-Rs may not play on all computers or DVD player/recorders. To address this, the manufacturer recommends viewing this product on a DVD player that does not have recording capability.

The Broken Lullabye
$19
Add to Cart