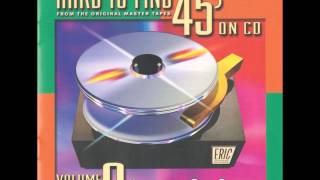 Includes liner notes by Paul Grein.
All tracks have been digitally remastered.
Liner Note Author: Paul Grein.
Numerous hit-oriented collections have focused on various styles of '70s music from disco to classic rock, but Hard to Find 45's on CD, Vol. 8 is devoted to that decade's commercial pop in the broadest sense. Where else could you find Carl Douglas' "Kung Fu Fighting," Pilot's "Magic," and Hurricane Smith's "Oh, Babe, What Would You Say?" on one disc? A few songs are genuinely rare on CD, such as Boney M.'s "Rivers of Babylon" and Prelude's a cappella rendition of "After the Gold Rush." The remastering is excellent as usual for this label, with every track presented in true stereo and in the original single version. Considering how disposable this music is supposed to be (according to the conventional wisdom), it holds up very well 30 years later. ~ Greg Adams