Over the Edge (Blu-ray)

Reality will exceed your wildest fantasy

875 ratings
Currently Out of Stock: We'll get more as soon as possible
Notify Me When Available
Add to Wishlist
Format:  Blu-ray BD-R
sku:  6EE79
92% recommend us! 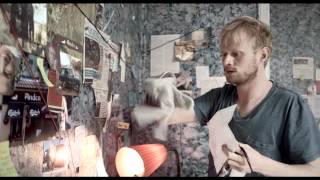 Daringly unique and sexy, Over the Edge is a wild trip through the dark side of gay cinema. Med-school dropout Jason is in a funk. Working as a photocopier repair-man, he cant bear the thought of leaving the house, let alone going to his mundane job. As he becomes increasingly isolated, losing sense of time and perspective, he begins to have blackouts. Intriguingly, as the blackouts become more frequent, so does the discovery of murdered men and women all over town. Confused, Jason enlists the help of co-worker Richard who also happens to be the object of his unconsummated affection in an attempt to unravel these mysterious deaths. Full of eccentric British flair and ever-building sexual tension, Over the Edge is a true, one-of-a-kind thriller. This Blu-ray features English subtitles for the deaf and hearing-impaired.

Gay / Lesbian | Murder | Detective | Serial Killers
This product is made-on-demand by the manufacturer using Blu-ray BD-R recordable media. Almost all Blu-ray players can play BD-Rs, but the player might record an update from the manufacturer.