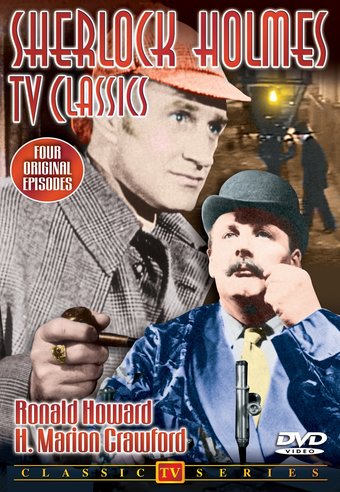 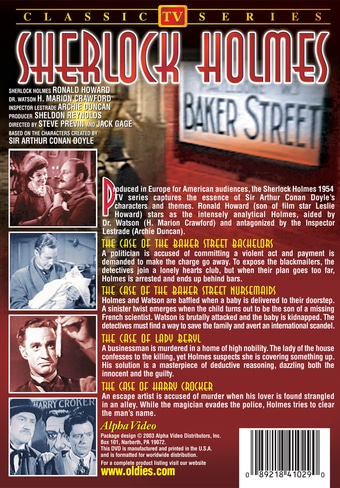 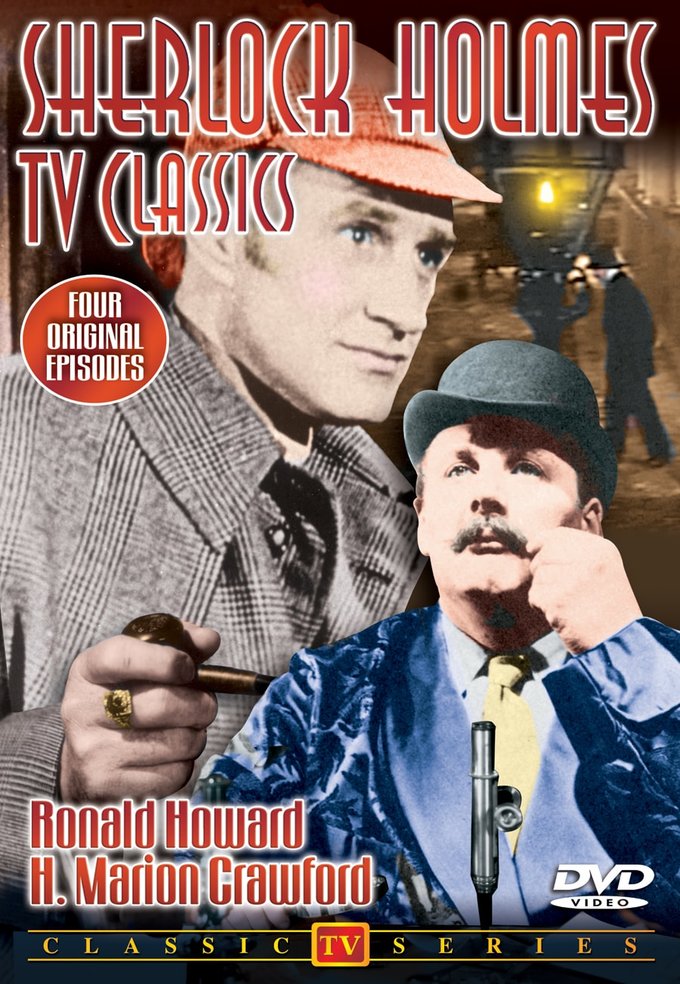 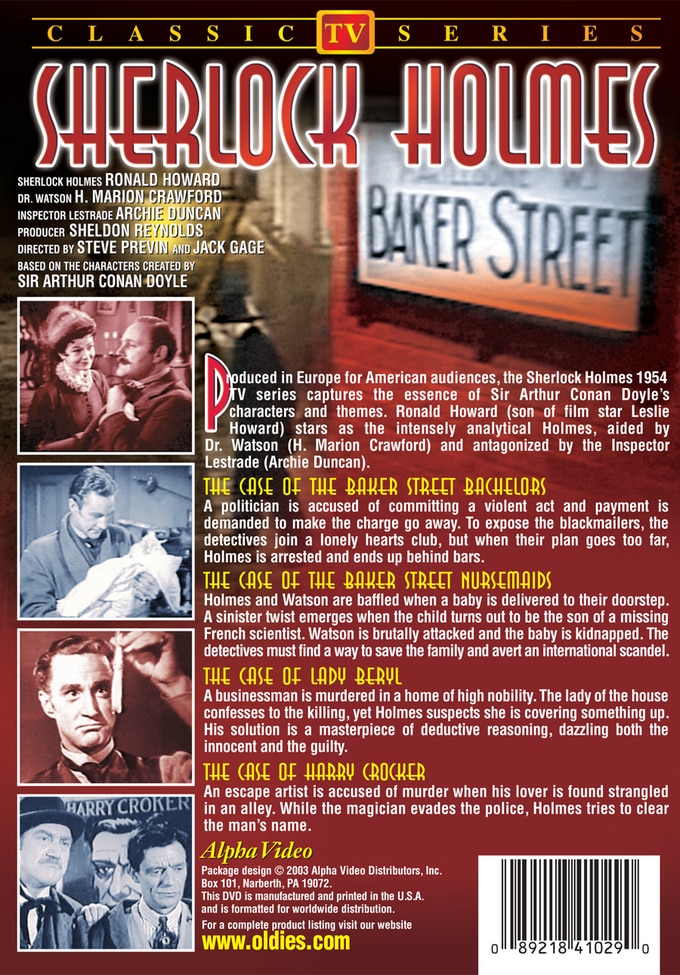 The Case of the Baker Street Bachelors: A politician is accused of committing a violent act and payment is demanded to make the charge go away. To expose the blackmailers, the detectives join a lonely hearts club, but when their plan goes too far, Holmes is arrested and ends up behind bars.

The Case of the Baker Street Nursemaids: Holmes and Watson are baffled when a baby is delivered to their doorstep. A sinister twist emerges when the child turns out to be the son of a missing French scientist. Watson is brutally attacked and the baby is kidnapped. The detectives must find a way to save the family and avert an international scandal.

The Case of Lady Beryl: A businessman is murdered in a home of high nobility. The lady of the house confesses to the killing, yet Holmes suspects she is covering something up. His solution is a masterpiece of deductive reasoning, dazzling both the innocent and the guilty.

The Case of Harry Crocker: An escape artist is accused of murder when his lover is found strangled in an alley. While the magician evades the police, Holmes tries to clear the man's name.