East Side Kids Boys of The City

City slickers, The East Side Kids encounter ghosts and devilish doings in a small town. 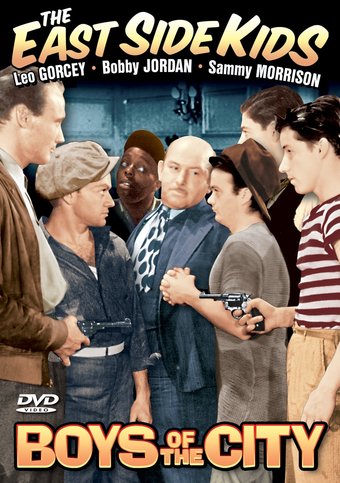 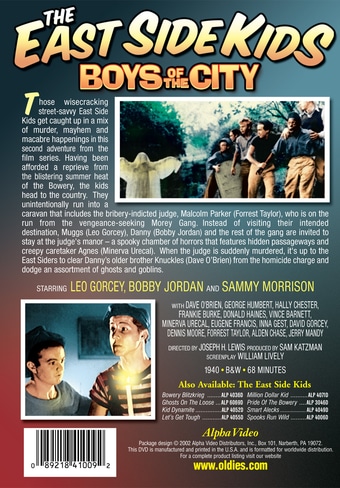 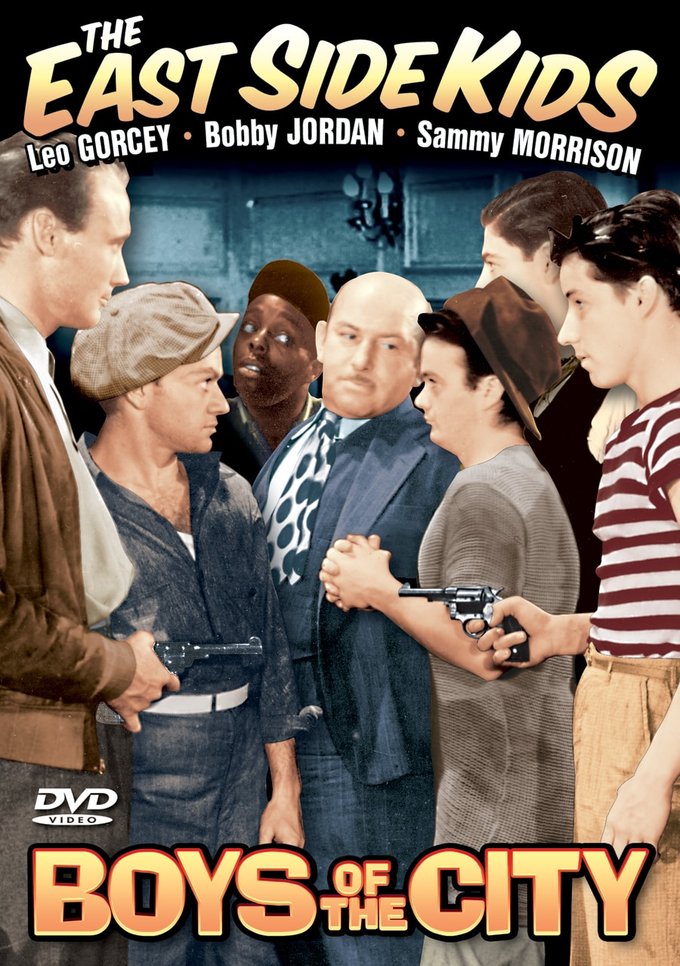 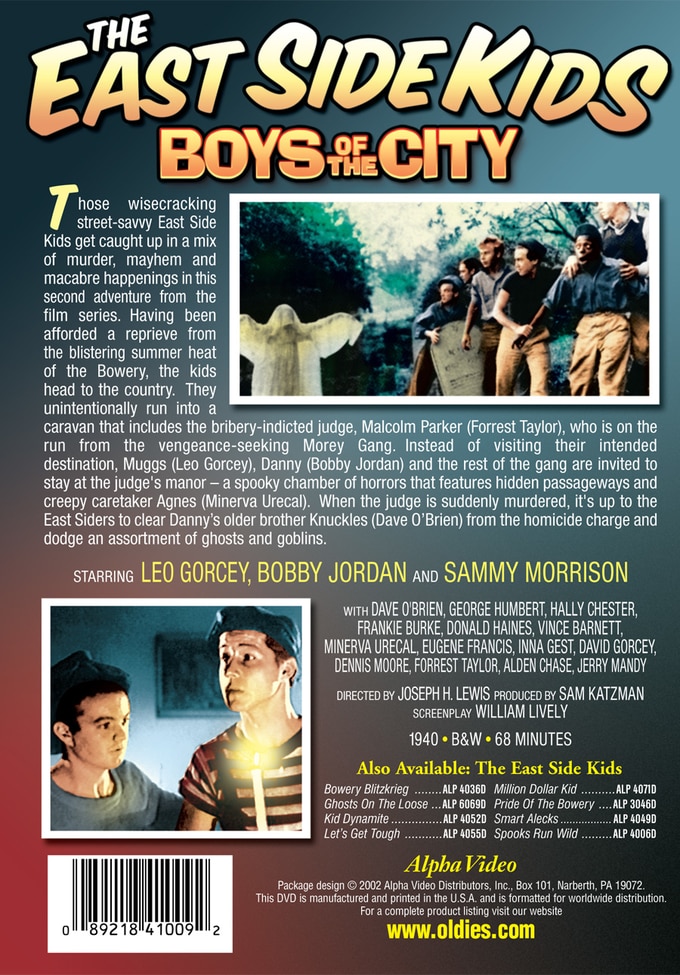 Those wisecracking street-savvy East Side Kids get caught up in a mix of murder, mayhem and macabre happenings in this second adventure from the film series. Having been afforded a reprieve from the blistering summer heat of the Bowery, the kids head to the country. They unintentionally run into a caravan that includes the bribery-indicted judge, Malcolm Parker (Forrest Taylor), who is on the run from the vengeance-seeking Morey Gang. Instead of visiting their intended destination, Muggs (Leo Gorcey), Danny (Bobby Jordan) and the rest of the gang are invited to stay at the judge's manor - a spooky chamber of horrors that features hidden passageways and creepy caretaker Agnes (Minerva Urecal). When the judge is suddenly murdered, it's up to the East Siders to clear Danny's older brother Knuckles (Dave O'Brien) from the homicide charge and dodge an assortment of ghosts and goblins.

When the East Side Kids take a vacation in the mountains they find themselves trying to solve a judge's murder in a spooky old mansion.

Gangs | Mystery | Thriller | Vintage | Murder
This product is made-on-demand by the manufacturer using DVD-R recordable media. Almost all DVD players can play DVD-Rs (except for some older models made before 2000) - please consult your owner's manual for formats compatible with your player. These DVD-Rs may not play on all computers or DVD player/recorders. To address this, the manufacturer recommends viewing this product on a DVD player that does not have recording capability.

Customer Rating:
Based on 26 ratings.


This is probably is the best of all the East Side Kids series.I love the "spook House,".It was good fun.


Really the first of the East Side Kids pictures, this haunted house mystery has the kids in the spooky old mansion of a judge who has been threatened by a mob. Together with his pretty niece, a cook, a sinister looking housekeeper and others, the kids try and solve the murder that takes place that evening and apprehend the killer. Very good film of its type and still quite enjoyable today.