In the future, one man is the law. 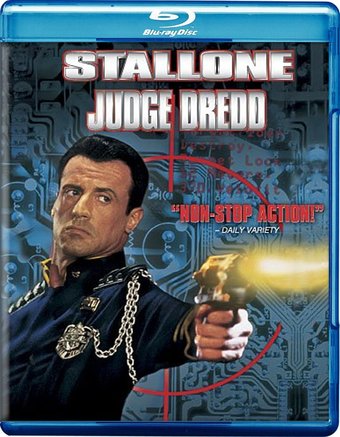 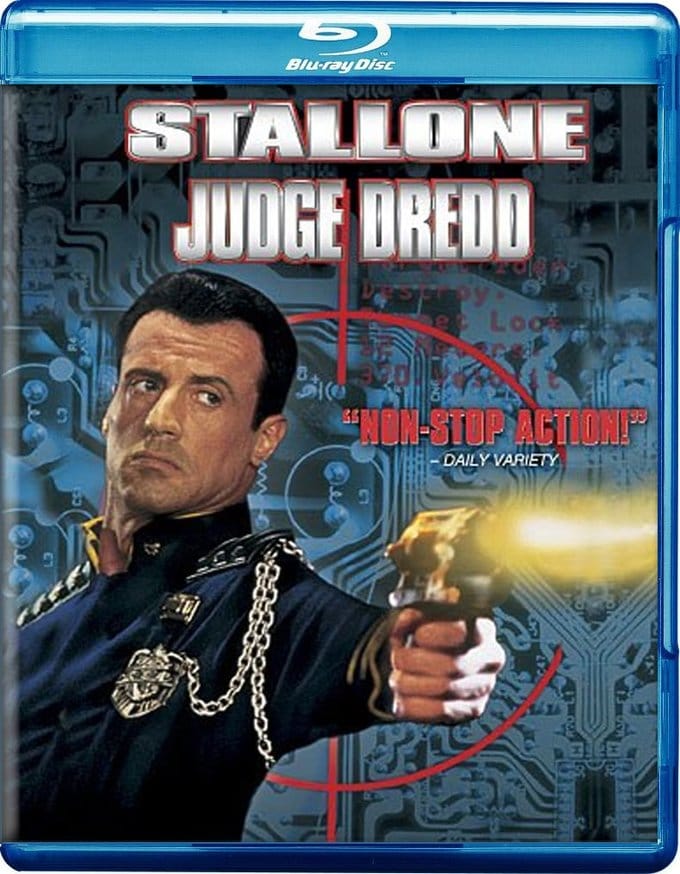 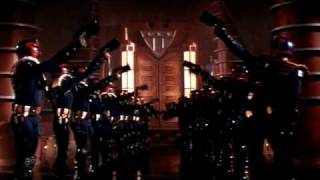 In the third millenium, all-powerful Judges keep the peace in Earth's giant Mega-Cities. Judge Dredd is framed by corrupt power-seekers and must fight for his life and for justice. Based on the futuristic, action-packed comic books by John Wagner and Carlos Ezquerra.

It is the 22nd Century, and Mega City One (formerly known as New York City), replete with flying vehicles, armored lawmen and 65 million citizens, has become a violent and anarchic land. As a result, the law enforcement consists of men known as judges, and each one serves as cop, judge, and occasionally executioner, allowed to mete out "justice" as he sees fit. The most elite and feared of these is the emotionless, snarling Judge Dredd. But when Dredd's clever, vile, vengeful archenemy Rico escapes from prison, he successfully frames Dredd for murder. With the judge, who has received a life sentence, out of his way, Rico begins a killing spree with judges as his special targets. But when Dredd escapes from prison and sets out to stop the deranged psycho, will a startling, familial, revelation about Rico affect his progress'