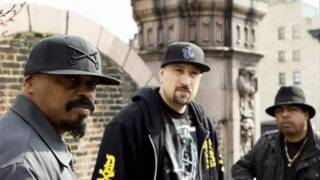 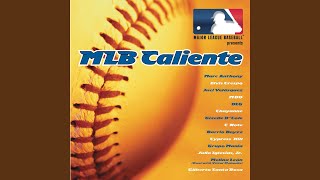 Cypress Hill: B. Real, Sen-Dog, DJ Muggs, Bobo.
Additional personnel includes: Mellow Man Ace, Fermin IV Caballero (vocals).
Recorded at Ameraycan Studios, Los Angeles, California.
LOS GRANDES EXITOS EN ESPANOL won the 2000 Billboard Latin Music Award for Rap Album of the Year.
Cypress Hill have always been one of the most popular hip-hop groups in Latino circles (most of the group have a Hispanic background), so an album of Grandes Exitos en Espanol makes much more sense than it would for Method Man or Jay-Z. For anyone who doesn't understand Spanish (especially fans who have heard all of these productions, but one, before), the album is occasionally diverting just to hear the group rhyming in Spanish. "Insane in the Brain" becomes "Loco en el Coco," "How I Could Just Kill a Man" becomes "No Entiendes la Onda," and "I Wanna Get High" becomes "Yo Quiero Fumar." The bonus track is "Siempre Peligroso," recorded with Fermin IV Caballero of Control Machete. ~ Keith Farley

Hot
Ready for the World
Long Time Coming
$19.98 on Sale
Add to Cart