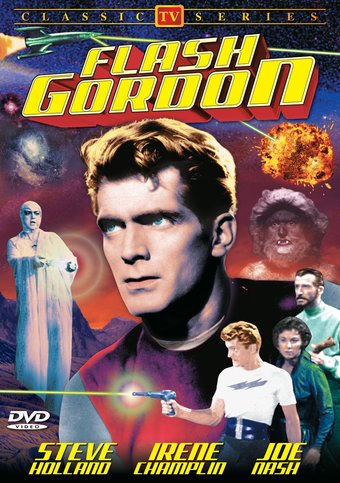 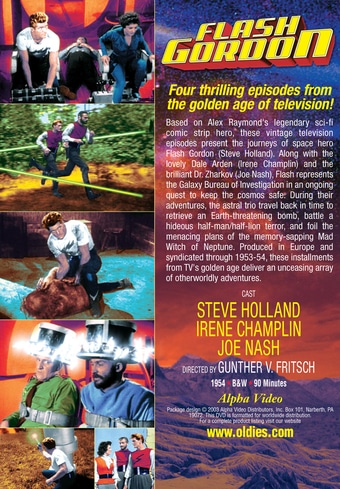 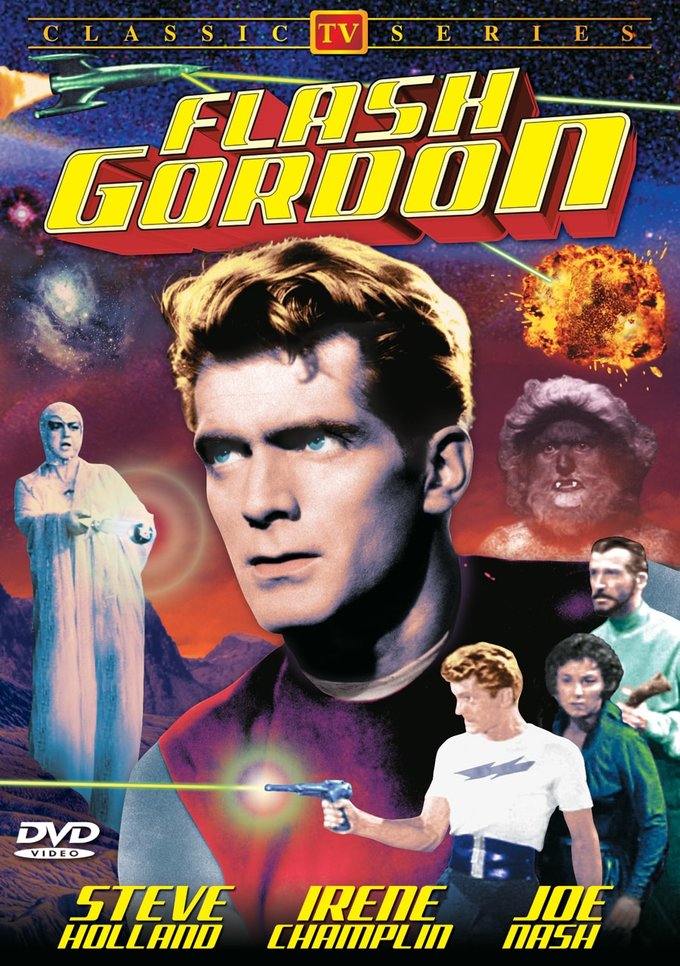 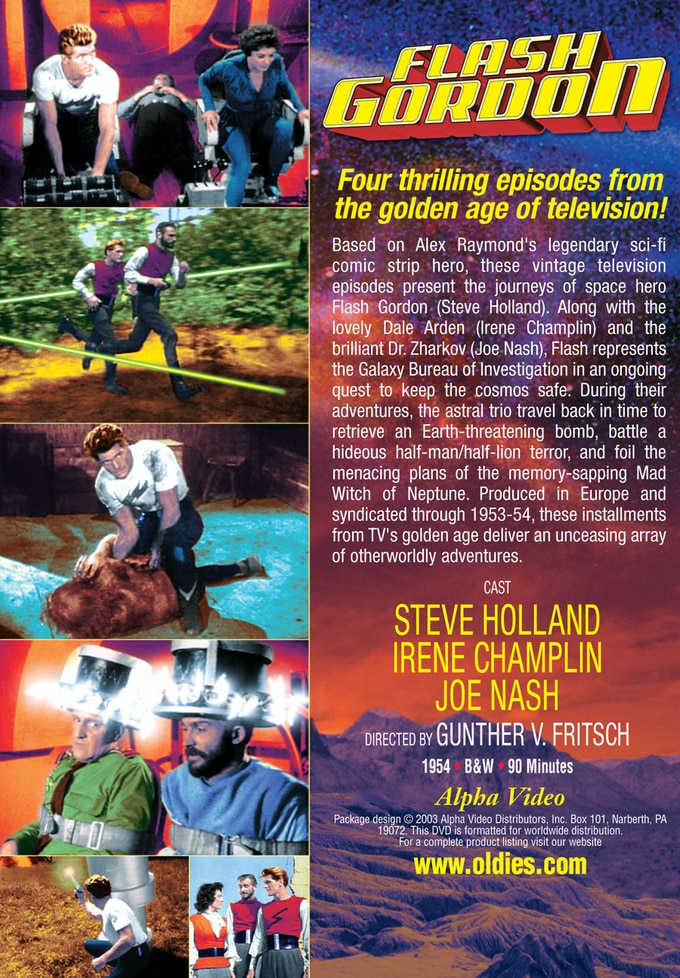 Four thrilling episodes from the golden age of television! Based on Alex Raymond's legendary sci-fi comic strip hero, these vintage television episodes present the journeys of space hero Flash Gordon (Steve Holland). Along with the lovely Dale Arden (Irene Champlin) and the brilliant Dr. Zharkov (Joe Nash), Flash represents the Galaxy Bureau of Investigation in an ongoing quest to keep the cosmos safe. During their adventures, the astral trio travel back in time to retrieve an Earth-threatening bomb, battle a hideous half-man/half-lion terror, and foil the menacing plans of the memory-sapping Mad Witch of Neptune. Produced in Europe and syndicated through 1953-54, these installments from TV's golden age deliver an unceasing array of otherworldly adventures.


Okay....the last installment of this epic adventure left the brilliant Dr. Zharkov drooling and the head of the Galactic Bureau of Investigation er...empty headed. As the evil Witch of Neptune vanished without so much as a transporter hum, Flash and Dale were left behind struggling mightily not to convulse with laughter at their two heroic companions who were still suffering the cruel and mortifying effects of the wicked witch's scheme to rule the universe. Having been forced to don the diabolical hats of humiliation, Zharkov and friend sit slack-jawed in their chairs as Flash scratches his skull trying to figure out how the witch's morbidly overweight minion could have so easily kicked his narrow butt. Dale is left pondering the disastrous effect of this ridiculous role on her acting career and the audience is left to speculate as to whether there will ever be a conclusion to this continued episode. Will the malevolent witch succeed in taking control of the universe? Will tubby put the boot to Flash again? Will the two witless second bananas recover their senses? Will Flash get yet another opportunity to wander about bare-chested looking for his T-shirt? Will Dale get to wear her signature tights in the next episode? Will there BE another episode? Will this gripping drama ever be completed? Only time and Alpha Video know for sure!


Typical cheesy acting, low-budget "special effects", thin dialogue and generally amateurish production values. One of the episodes in this collection is filmed on location in what is recognizable as a bombed-out Berlin. Hoo-boy! In fairness to the series, there were 3 or 4 episodes that were quite interesting, but you won't get 'em on this DVD. Probably lost forever. Well, Steve Holland tries hard as does the older daughter from "Father Knows Best" (and who plays the woman possessed by the Companion in a "Star Trek" episode).


The elaborate costumes and sets, bad acting and "special" effects lead to a rollicking good time! Set in the far future this West German production resembles the Alex Raymond comic strip not-at-all. While you won't find Ming the Merciless or the planet Mongo here, if you enter without expectation, you will find a good deal of fun! Recomended. Hey, Alpha! We're left here with the Queen of Neptune providing only the first of two parts! There better be another volume coming!