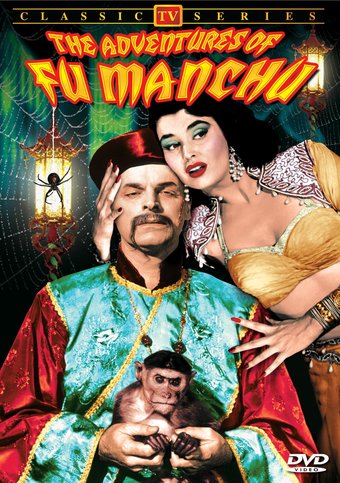 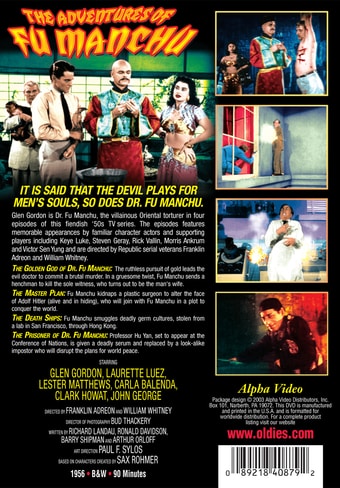 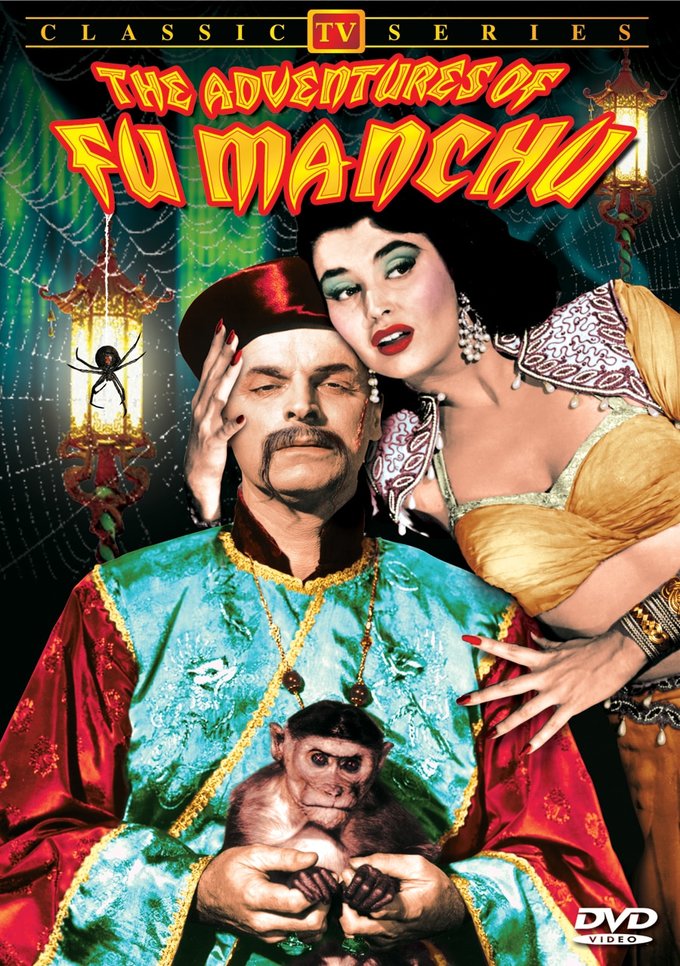 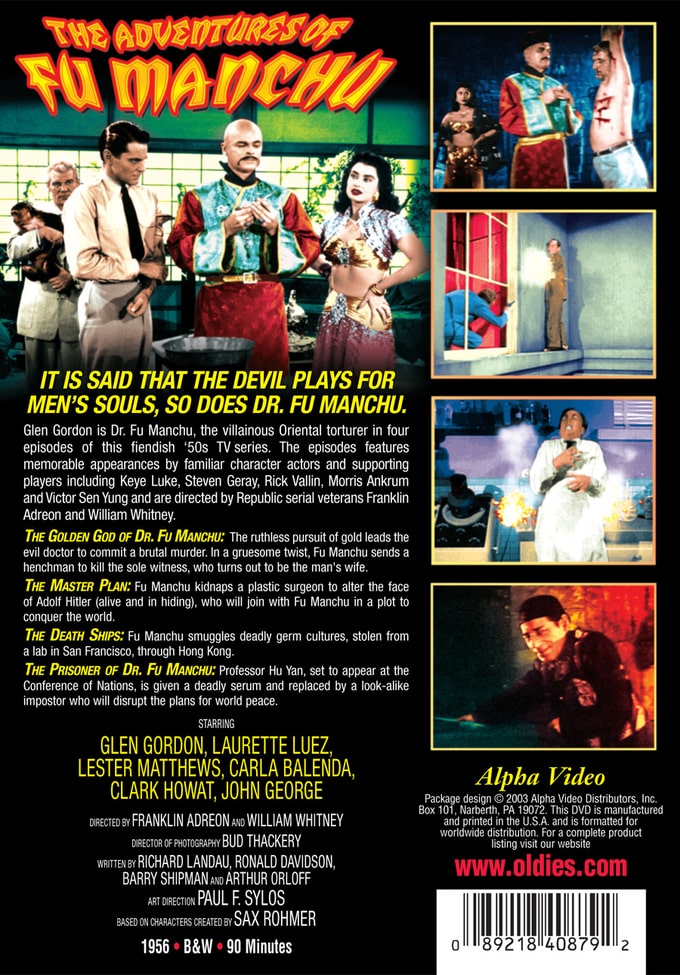 It is said that the devil plays for men's souls, So does Dr. Fu Manchu. Glen Gordon is Dr. Fu Manchu, the villainous Oriental torturer in four episodes of the fiendish '50s TV series. This collection features memorable appearances by familiar character actors and supporting players including Keye Luke, Steven Geray, Rick Vallin, Morris Ankrum and Victor Sen Yung and is directed by Republic serial veterans Franklin Adreon and William Whitney. "The Golden God of Dr. Fu Manchu": The ruthless pursuit of gold leads the evil doctor to commit a brutal murder. In a gruesome twist, Fu Manchu sends a henchman to kill the sole witness, who turns out to be the man's wife. "The Master Plan": Fu Manchu kidnaps a plastic surgeon to alter the face of Adolf Hitler (alive and in hiding), who will join with Fu Manchu in a plot to conquer the world. "The Death Ships": Fu Manchu smuggles deadly germ cultures, stolen from a lab in San Francisco, through Hong Kong. "The Prisoner of Dr. Fu Manchu": Professor Hu Yan, set to appear at the Conference of Nations, is given a deadly serum and replaced by a look-alike impostor who will disrupt the plans for world peace.

Adventure | Series | Mystery | Spies | Thriller | Vengeance | Vintage TV
This product is made-on-demand by the manufacturer using DVD-R recordable media. Almost all DVD players can play DVD-Rs (except for some older models made before 2000) - please consult your owner's manual for formats compatible with your player. These DVD-Rs may not play on all computers or DVD player/recorders. To address this, the manufacturer recommends viewing this product on a DVD player that does not have recording capability.