850 ratings
Currently Out of Stock: We'll get more as soon as possible
Notify Me When Available
Add to Wishlist
Format:  Blu-ray  (2 Discs)
sku:  6EDE5
Our customers love us! 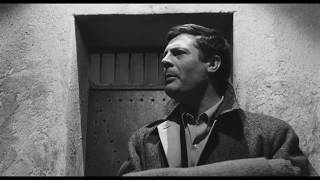 In this amusing look at the petty deceits of everyday life, Marcello Mastroianni shines as wealthy antique dealer Nello Poletti, a man with every comfort money can buy. One day, however, Poletti is falsely accused of murdering his former mistress (Micheline Presle), who set him up in a life of luxury only to be cast aside in favor of a younger woman (Cristina Gajoni). The evidence seems overwhelming, and Poletti is sent to jail, where he reflects on his shameful life of deceit in pursuit of wealth. Overcome by guilt, Poletti decides to confess, only to discover that the real killer -- a spurned lover -- has already been apprehended. Once he is off the hook, Poletti returns to his original pattern of fast cars and fast women, even jokingly referring to himself as "The Assassin," and proving that he has learned absolutely nothing from his ordeal. The story is fairly predictable, but is never less than entertaining, thanks to a clever screenplay by director Elio Petri, Tonino Guerra, Pasquale Festa Campanile, and Massimo Franciosa. Petri (making his directorial debut) gets the most out of his talented cast, particularly Mastroianni, and there are some nice supporting turns by veteran character actors Salvo Randone, Andrea Checchi, and Enrico Maria Salerno.